GHHF Yearly activities and Accomplishments for 2016

"Give. Give with faith. Do not give without faith. Give with sensitivity. Give with a feeling of abundance. Give with right understanding." Taittiriya Upanishad

As many of you know that Global Hindu Heritage Foundation was started in 2006 with a mission to make every effort to REPEAL the Hindu Religious and Charitable Endowment Act, restore the independent management of Hindu Temples by Hindus themselves, make Hindus aware of the plight of Hindu Temples in the hands of government, ensure that the Hindu Temple lands are not auctioned or sold, urge the government to renovate and repair all the dilapidated Gopurams and Temples, recover all the lands that were encroached illegally or obtain market value for these lands,  approach the government to rectify the abuses of Hindu Temple assets, challenge the sale and encroachment of Hindu Temple lands, advocate the implementation of Article 48 to protect the cows and close down the slaughter houses,  revive the pride and prestige of the glory and grandeur of Sanatana Dharma, and encourage implementation of various activities to that make Hindus appreciate the meaning and significance various rituals.

A case was filed in the Supreme Court by Sri Dayananda Saraswati in 2013 and Dr. Subramanian Swamy agreed to represent the case to repeal the Endowment Act freeing the Temples from the government control. The case came to the Supreme Court in July and it may continue for a couple of years before the decision is made. We are all hopeful that the Endowment Act will be repealed allowing Hindus to manage their Hindu Temples the way Christians and Moslems manage theirs without government interference.

Vakula Mata Temple case was resolved with the High Court clearing the way to build it by TTD. We are hoping that Ground Breaking Ceremony will be started very soon.

Then the question is “Why did the government taken over the Hindu Temple?”  It is because of Hindu indifference, silence and tolerance. It is time for all Hindus to look at the governmental discrimination against Hindu Temples and Hinduism.

Your contribution would help us continue the struggle to free Hindu Temples soon.

Please read “GHHF Yearly Activities and Accomplishments for 2016.”  We will be grateful for any contribution you can make. Thanks


~~*~~
GHHF Yearly activities and Accomplishments for 2016

Announcement was made requesting people to submit original video on the topic “My Native Place – My Ancient Temple: Past and Present” to select the top videos at SaveTemples International Documentary Film Festival.” 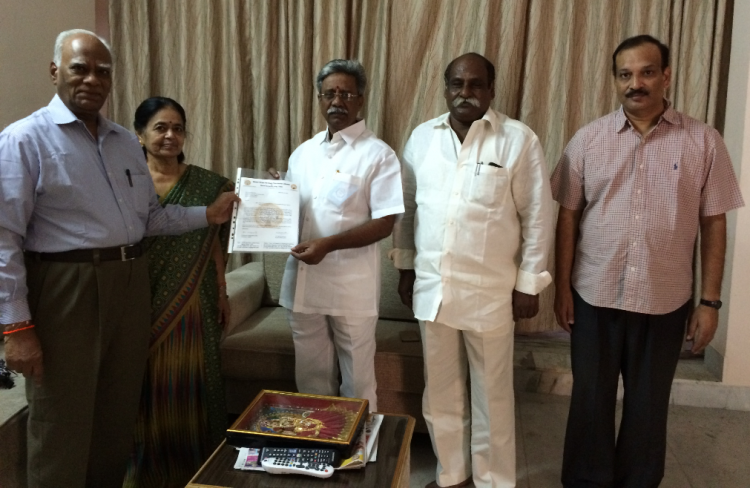 Since the Repeal of Endowment Act is being heard at Supreme Court, Dr. Subramanian Swamy suggested that we should take up the task of writing a Constitution for the Management of Hindu Temples. We have selected two people who are knowledgeable in the matter who have agreed to undertake this task. Work is in progressing. 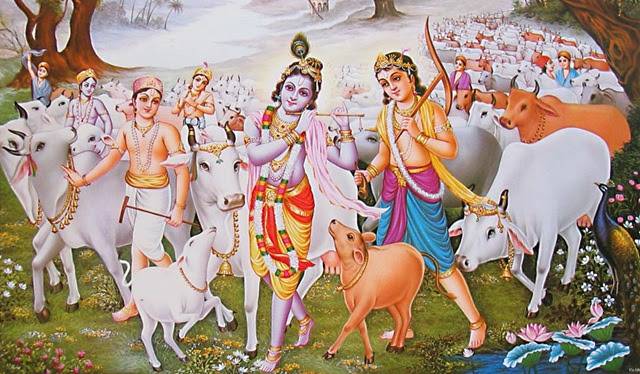 Gopuja Dinotsavam - Government of Andhra Pradesh accepted our request and issued a G O (Government Order) on April 1, 2016.  The GO reads that, “it is appropriate to declare Sri Krishna Janmashtami as Gopuja Dinotsavam and encourage people to worship the cow and protect the cow.

Keeping the above position, Government hereby declared that every Sri Krishna Janmashtami shall be observed as “Gopuja Dinotsavam.”

All the Executive Officers of all temples are directed to take up Gopuja activities on Sri Krishna Janmashtami hereafter every year.”

Kumari Sanskriti Kesiraju, daughter of legendary Dr. Ghazal Srinivas sang a number of Ghazals with meaningful content at Karya Siddhi Hanuman Temple. This child prodigy was very much appreciated for her soulful singing. 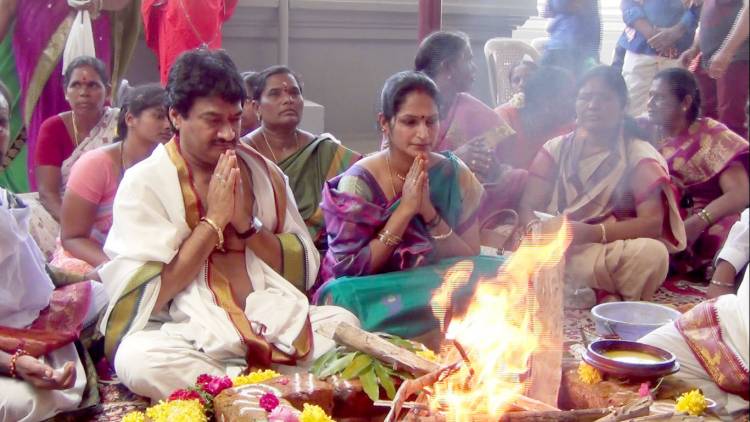 On August 6, he spoke at the Karya Siddhi Hanuman Temples addressing on the “Relevance of Hindu Customs and Traditions” followed by question and answer session.

On August 7, h spoke on Gomata, Gopuram and Gurukulam and the need to promote them to preserve our Hinduism at Singley Auditorium in Irving TX. 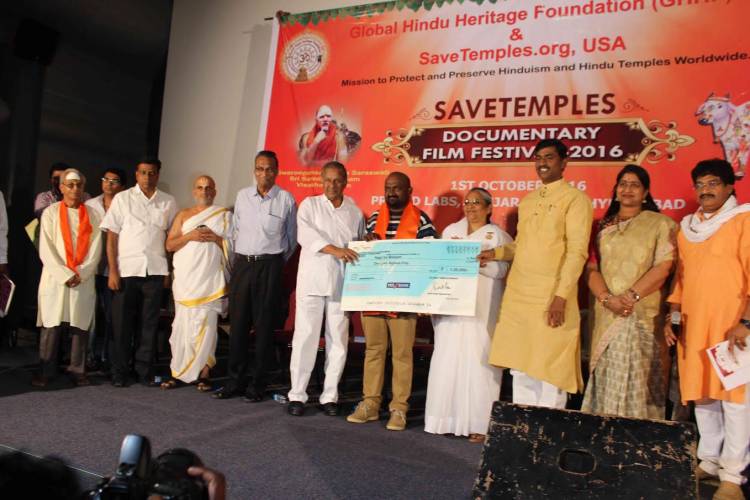 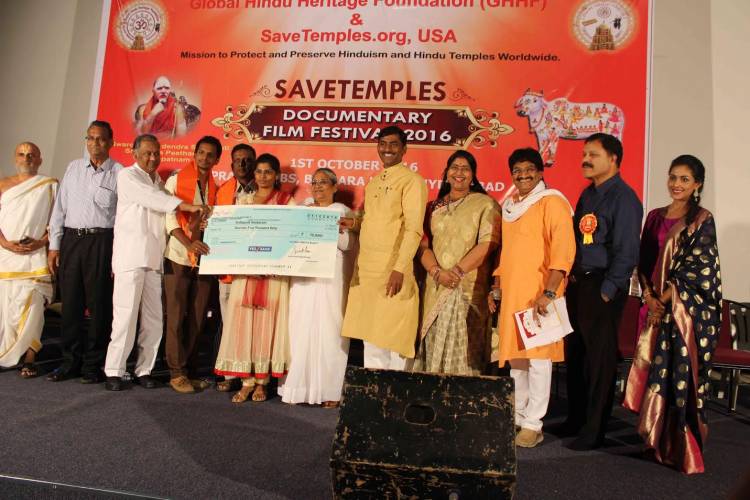 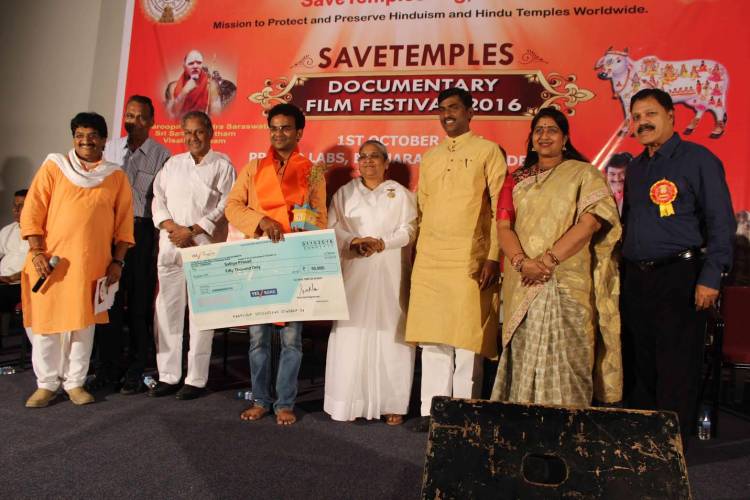 Sri Swaroopanandendra Swamy, Peethadhipati of Sri Sharada Peetham from     Vishakhapatnam inaugurated the ceremony and blessed the event. He urged all Hindus to practice Sanatana dharma and take full responsibility to protect Hindu dharma.
Sri Paripoornananda Swamiji, Peethadhipati of Sreepeetham, Kakinada exhorted all Hindus to apply tilak on the forehead, respect parents, respect the sacred cow, visit the Temples and do suryanamskaram in the morning every day. 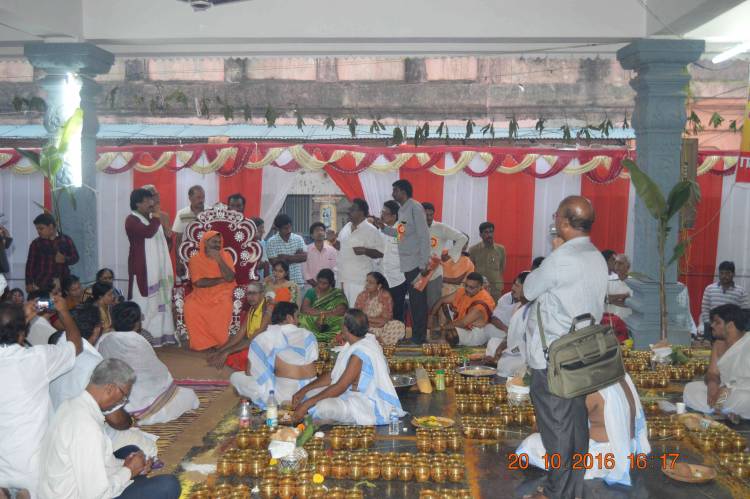 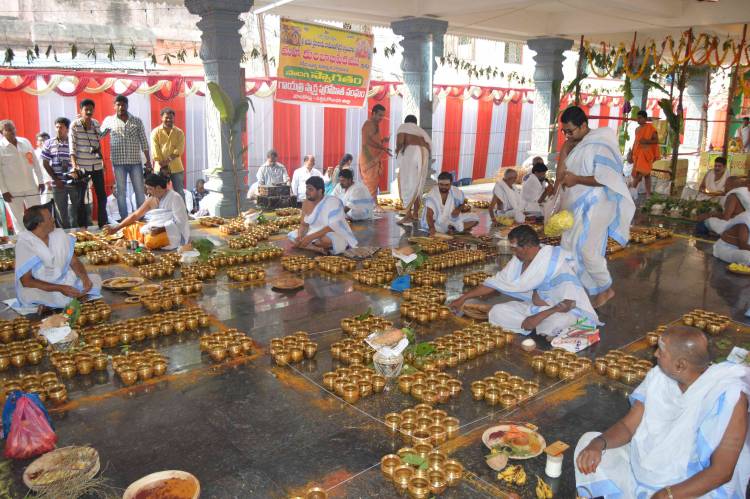 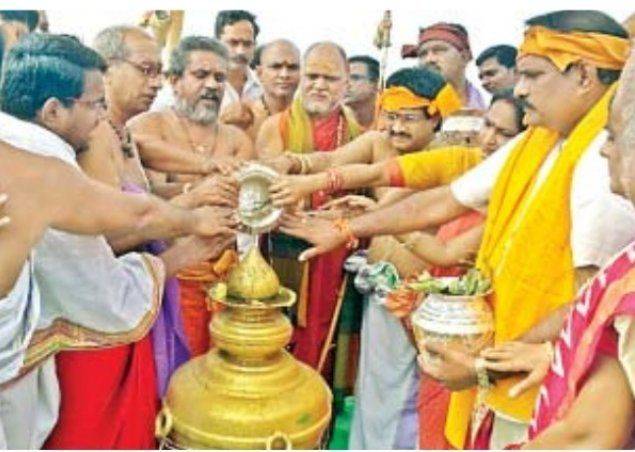 In 2013, GHHF has written a letter requesting TTD to allow us to construct Vakula Mata Temple as per the guidelines and Agama Sastras. 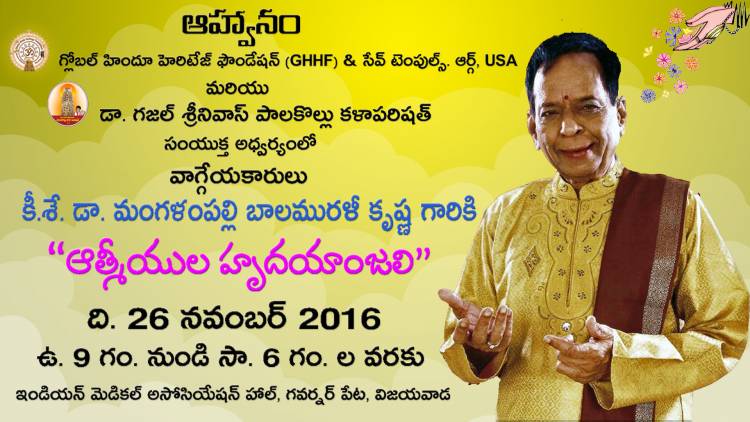 Following Resolutions were passed to submit to AP government:

[GHHF] Proselytization on the Hills of Balaji Temple; Letter to the Endowments Minister of AP and EO of TTD

[GHHF] Attend Gauraksha Puja by Swami Paripoornananda by December 10th at 7:30am

Declares India as Hindu Rashtra; Hindus must get united to protect their freedom; Seminar Conducted in Tenali, AP on Feb 7, 2014.