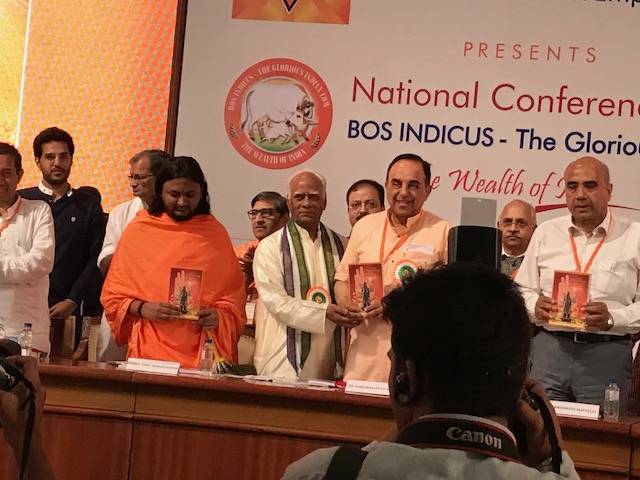 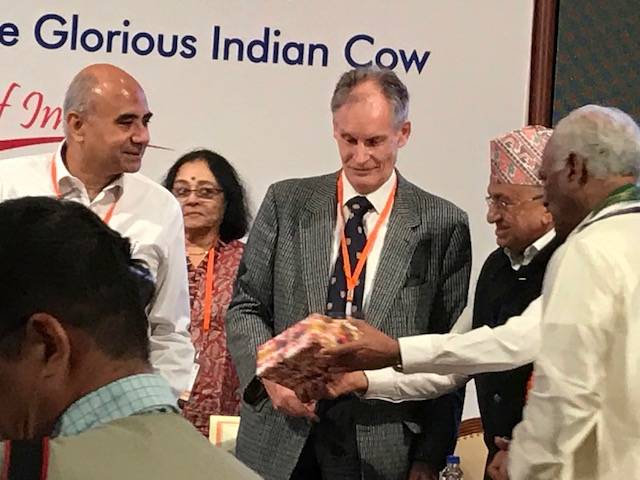 Following the release Prakasarao spoke about the history of Global Hindu Heritage Foundation and some of the accomplishments. He mentioned about the two chapters on cow in the book – one describing the sacredness of cow culled from various scriptures and the second one about the Cow Mafia, the group that is causing havoc by killing the cows. He also mentioned that GHHF was able bring GO (Government Order) declaring Krishna Janmashtami as Gau Dinotsava Puja Day requiring all the Temples to conduct Puja to cows on that festival day.   Also mentioned that few weeks ago that AP government issued GO requiring certain classified Temples to maintain Gaushalas. 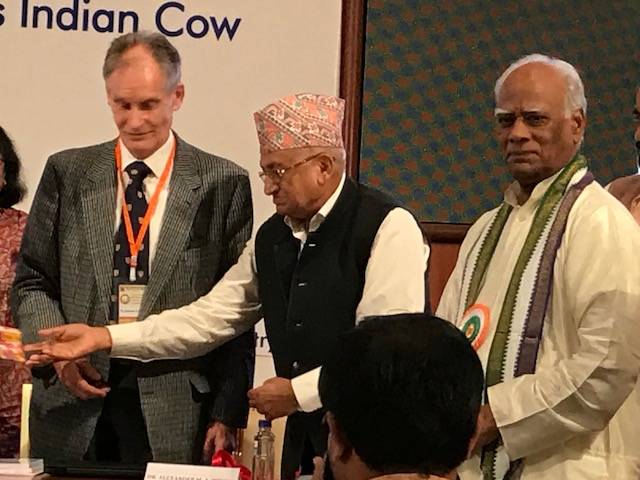 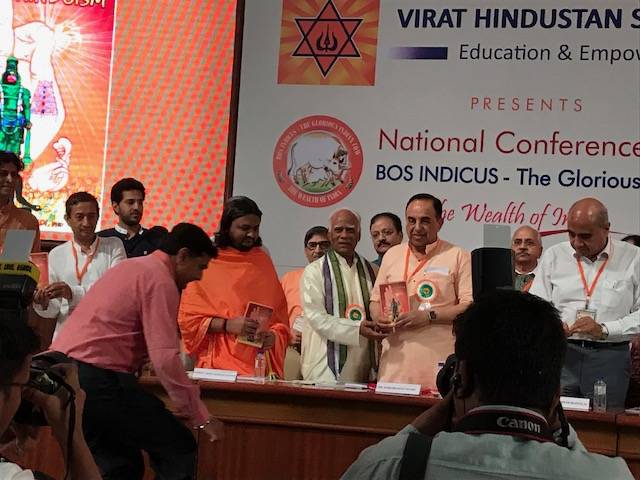 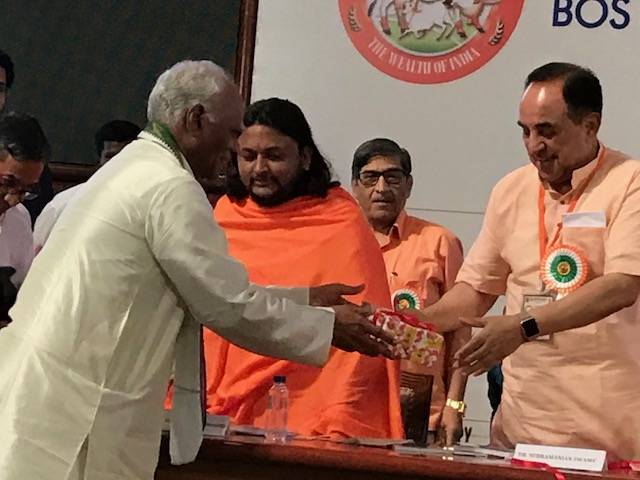 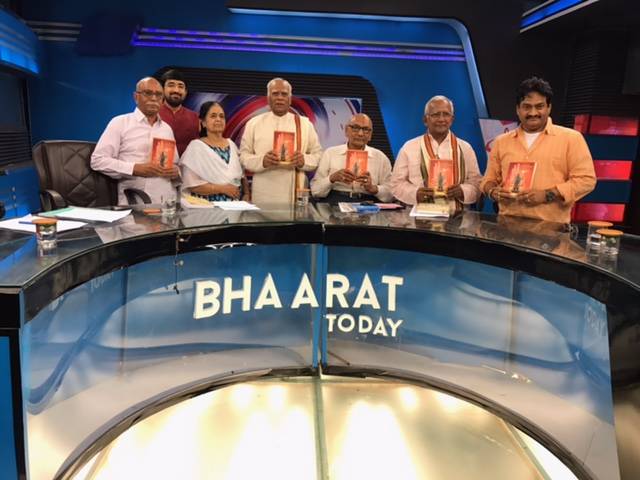 "Reviving Hinduism" book was discussed on Bhaarath Today on June 20th at 3:00 pm. Dr. Remella Avadhanulu, Padma Shree Hanuman Chowdary, and Dr. Ghazal Srinivas will be on the panel to discuss the book. The anchor, Sai introduced the panel giving their qualifications and their expertise.  He started off the discussion by asking Prakasarao what prompted you to write this book that contains wide variety of topics. He briefly narrated the incident that shook him up which made him to get involved. 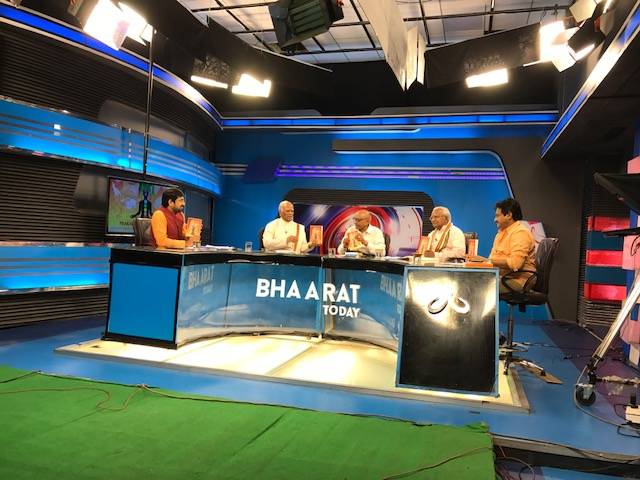 All the three panelists highlighted the message of the book by giving certain examples from the book. The book contained 18 chapters. Some chapters discussed about the richness of Sanatana dharma the need to take pride in preserving it. Table of contents of the book is given below 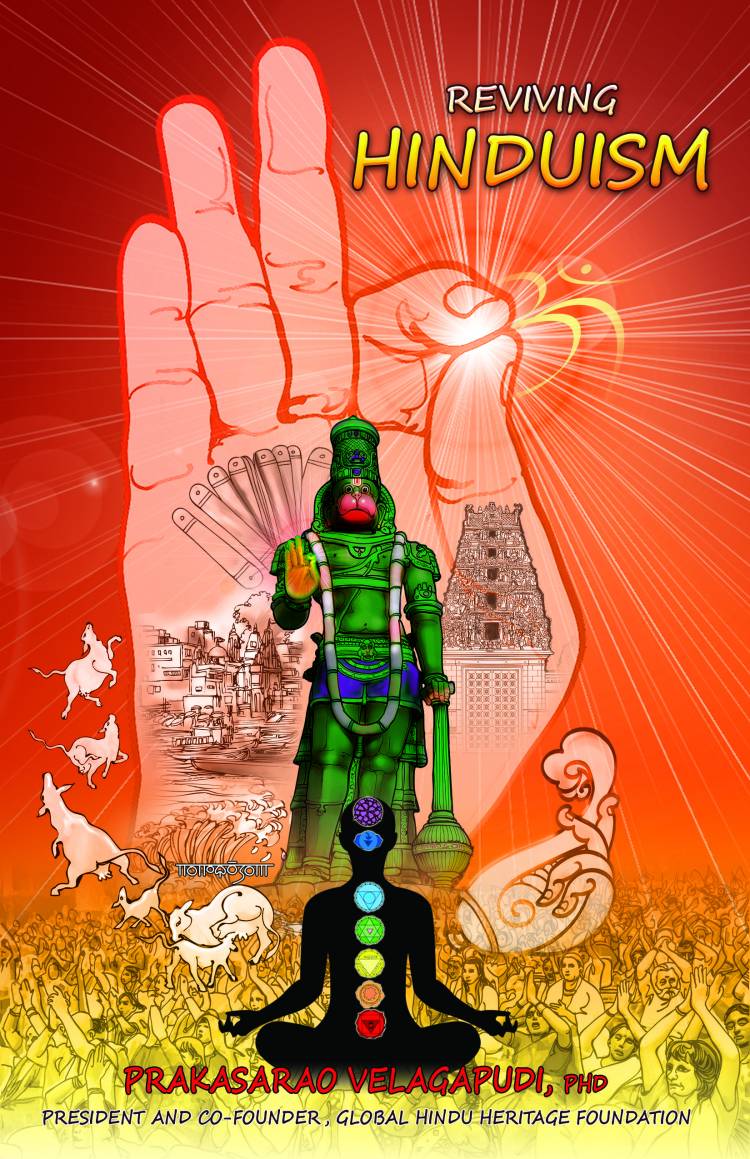 Secularism is chipping away the very Existence of Hindus; Prime Minister bent on ruining the richest civilization

Invites you to attend a Lecture by Sri Swami Paripoornananda Saraswathi - May 12 (Saturday) 6:00pm