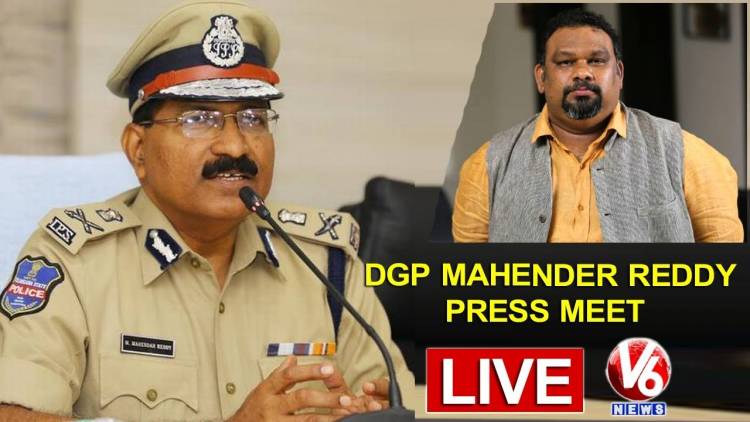 Film critic Mahesh Kathi has been externed from the city for six months by Telangana Police after a string of divisive and derogatory sentiments, and asked not to re-enter without permission.

The orders were issued under Telangana Prevention of Anti-Social & Hazardous Activity Act. Police escorted Mahesh out of the city to his native Chittoor district in Andhra Pradesh.

Recently, during a discussion on a TV channel, Mahesh made derogatory comments against Lord Rama, leading to severe backlash and demand for action by several Hindu organisations.

"Certain elements with ulterior motives have been trying to hurt sentiments of particular religion causing disharmony, feeling of enmity and hatred between various groups and castes by airing personal views in public domain through electronic media or otherwise. Unwarranted statements affecting sentiments of one group have led to counter agitations by other groups. This has posed a great threat to public peace and likely to result in serious disturbance to public peace. In view of the developments, it has been decided to take stern action against individual or groups trying to disturb peace in Hyderabad and Telangana state at large,” Telangana DGP Mahender Reddy said.

A notice has also been served to the management of the TV channel for telecasting “malicious content” and hurting religious sentiments.

"If violence takes place in any part of the state based upon such transmissions, the managements of concerned media channels shall be proceeded with according to law sternly. The police is full time observing social media and other websites. Action will be initiated against those who promote animosity between the groups within the community based on caste, religion," Reddy added.

To maintain law and order, police have not permitted protests against Mahesh’s statements. Placing Swami Paripoornananda under house arrest on Monday, police had cancelled the permission for protest.

Good news! US Postal Service will honor Diwali with a STAMP