Visited the Site of Islamic University

On December 31, Sri M. Subrahmanya Yadav, P. Madhava Rao and Prakasarao Velagapudi visited the site of Thimmappa Devalayam where Heera Group was constructing International Islamic University for Women.  We walked on the Thimmappa Temple land and took some pictures of the Islamic University.  We noticed two important developments at the site:

The Sign Board at the corner of the site was changed. The original board which read “International Islamic University for Women” was removed and new board was erected which reads as “Madarasa-E-Niswan-Isha-Athul-Islam Urdu and Arabic Development Society.” By looking at the sign one gets the impression that it is Madarasa. But it is a misleading sign. Main purpose of erecting this sign is only to mislead the Hindus in making them think that it is Madarasa. But it is a name of the society the Heera Group has registered and they are operating the Islamic University under that Society name but not as Madarasa.

We also found out to our surprise that the rest of the land, which is about 6 acres (excluding the Islamic University Building), was being developed as Housing colony. We saw the land partitioned into housing plots with stones separating the lots and with serial numbers. When GHHF reported for the first time about the existence of Islamic University on September 9, 2013, our team members did not observe the plans for housing colony. In spite of all the controversy and commotions, all the legal litigation, Fact Finding Investigation, the Collector’s orders for the demolition of 5 floors, some body had the guts, courage and nerve to develop the land into a housing colony. TTD and local Panchayats should thoroughly investigate and take appropriate action against those who are developing the colony illegally.

Prakasarao Velagapudi demanded that the Endowment Act be repealed and give them back to Hindus so that all the Acharyas in the State can supervise and see that proper Management is appointed. Once the Endowment Act is repealed, some of the Hindu Temples may be transferred to the interested Peethadhipathis and the State level Apex Committee may manage the rest. He stated that many devotees would take active part in the management provided they are given the full responsibility. Although the Endowment Department employs more than 70,000 people, they do not have any plan to protect the Temple lands and in fact they are becoming a problem for the Temples.

Ghazal Srinivas informed that these Temples will be managed properly, conditions will be improved, renovations will be appropriately carried out and Temple lands will be recovered once these Temples are free from the government. He observed that as a Brand Ambassador of SaveTemples, he would work tirelessly for the welfare of the Temples, provide adequate facilities for the pilgrims and also train the Sevadal (volunteers) to manage the Temples. The employees of the Endowment Department are working to earn the wages instead of working for the preservation and propagation of these Temples. It is believed that many devotees are loosing faith in the management because of rampant corruption and ticket scams. Christian Churches and Islamic Mosques are free from the government control and their own religious leaders manage them. The government would not grant similar privileges to the Hindus to manage their own Temples.

A number of Hindu organizations have been working tirelessly for the last 5-6 years to construct Vakulamata Temple in Peruru Village. Two years ago GHHF had taken up the issue through the efforts of Swami Paripoornananda Swamiji and Dr. Ghazal Srinivas. In August 2012, they organized a protest demanding TTD to construct the Temple. Sri Bapiraju, Chairman of TTD Board of Trustees, had promised to build the Temples. About 2 crores of rupees were also granted to build it. Unfortunately, people who were illegally mining the Vakulamata Mountain went to High court and got a stay order. High Court immediately stopped the illegal mining by deploying enough police force.

In November 2013,Sri Paripoornananda Swami and Dr. Ghazal Srinivas met with TTD authorities and submitted a letter sent by GHHF stating that this organization will take the full responsibility of constructing Vakulamata Temple. Sri M. G. Gopal, Executive Officer of TTD, indicated that they are waiting for the Stay Order to be cleared before they plan for the future activities. 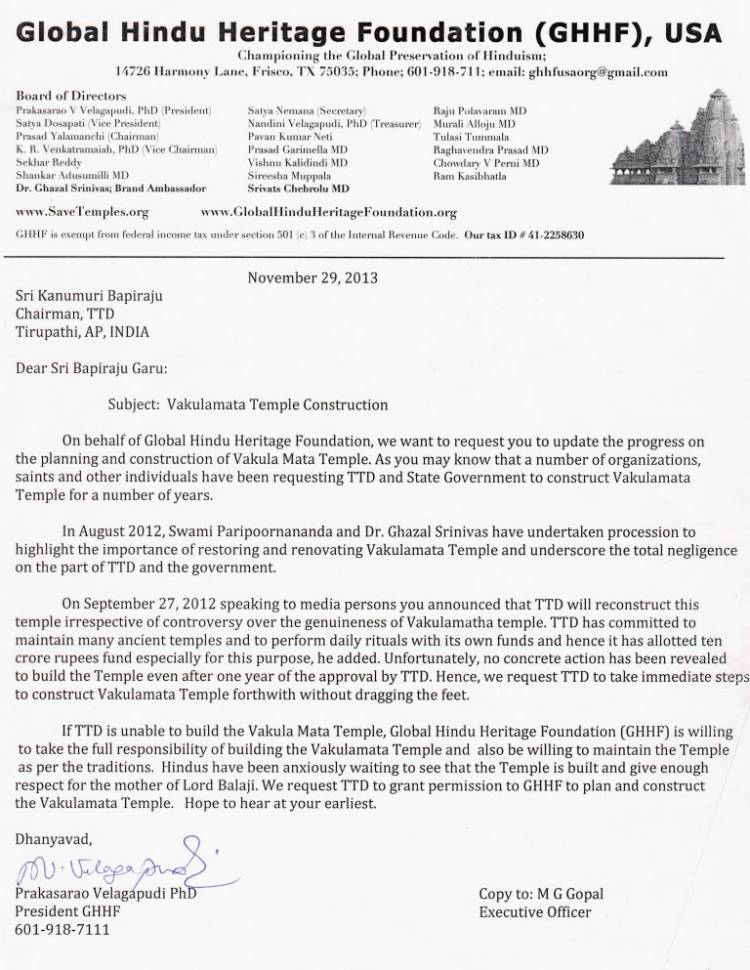 In the news Conference, Prakasarao Velagapudi informed that GHHF was the first organization to reveal the existence of Islamic University for Women. This Foundation came to know about it on September 9, 2013 and published an article on this matter and distributed globally which caught the attention of many Hindus. In few days, flood of information was poured in about the illegal construction of the Islamic University. Inconsistencies are too numerous. Fortunately, many organizations as well as people from all political parties criticized the intention to build at the foothills of Lord Venkateswara Temple, which is considered the most sacred place for all Hindus.

Fact Finding Committee headed by Justice S. Parvatha Rao, Sri T S Rao and Dr. C. Uma Maheswara Rao investigated the circumstances that lead to the construction of seven-storied building by talking to the villagers, TUDA, Village Panchayat officials, Revenue Department, Collectors Office, TTD and others and finally submitted the report at the end of November 2013.

Prakasarao Velagapudi and Ghazal Srinivas have raised a number of issues. Since the land belonged to Timmappa Devalaya, who sold the property to whom, how did the Islamic University acquire it, who gave the permission to build such huge facility, what is the background of the lady who is building it, where did she get the funds, and what was the intent of erecting this building.  The Collector has given orders to demolish the five floors. Now the matter is in the hands of High Court. We are hoping that some resolution will be forthcoming soon.

GHHF has argued that 100 Kilometers radius area should be declared as Punyakshetra (Sacred Place). No other religious organizations should be allowed to build their facilities within that area. It is argued that no Hindu Temple can be built with a certain radius of Mecca and Vatican. Why can’t we have the same privilege? Why should Hindus allow the structures of other faiths near TTD? The Islamic University building must be acquired by Padmavathi College or any Hindu organization to be used only for Hindu dharmic purpose.  In fact he also mentioned that Timmappa Temple that was destroyed by Muslims in 18th century, should be built on the same site.

In Question and Answer Session, GHHF has taken the position that no discrimination based on the caste to enter the Temples would be tolerated and would take necessary legal action, if required. In fact, the journalists were informed that they are in support of training priests irrespective of their caste to be placed as Priests in the Temples. Considering the depletion of Brahmin Priests, we all have to work together to employ the priests in all the villages.  Also, it was mentioned that Volunteers who have faith and willing to work with minimal facilities must be trained and be placed in various capacities to help the pilgrims.

Global Hindu Heritage Foundation also informed thenews media that it started SaveTemples Musical Band with a mission to evoke bhakti among Hindus, impart the eternal values of Sanatana Dharma, teach the importance and significance of Hindu Temples, highlight the devotional songs of various saintly scholars such as Annamayya, Kshetrayya, Ramadas, Tyagaraja, Adi Sankara, and others, sing bhakti songs of various kinds on different Gods and Goddesses and visit as many places as possible to encourage Hindus to participate, practice and protect Hindu Temples and Hinduism.

Performed in Madanapalle and Tirupathi

On December 29 and 30, 2013 the Musical Band performed in Madanapalle and Tirupathi by singing various bhakti songs to the attendees. Dr. Ghazal Srinivas also joined the Band by singing the songs on Hindu Temples from DEVALAYAM CD. 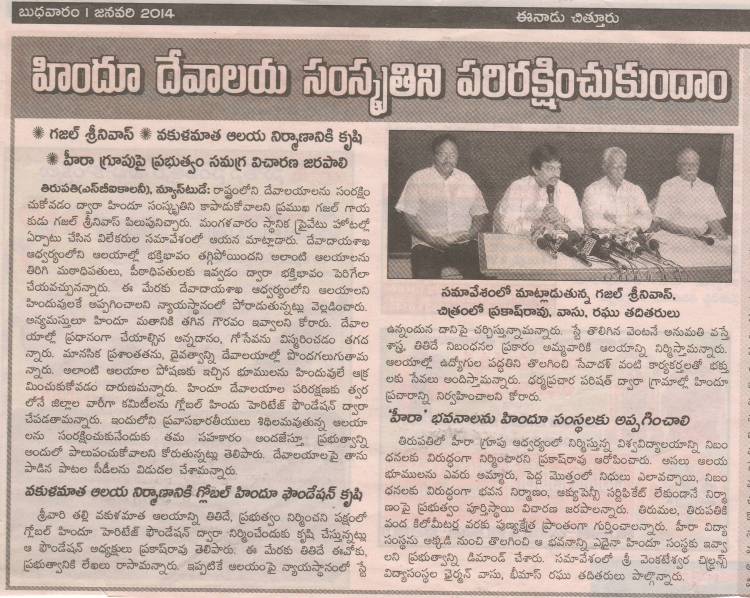 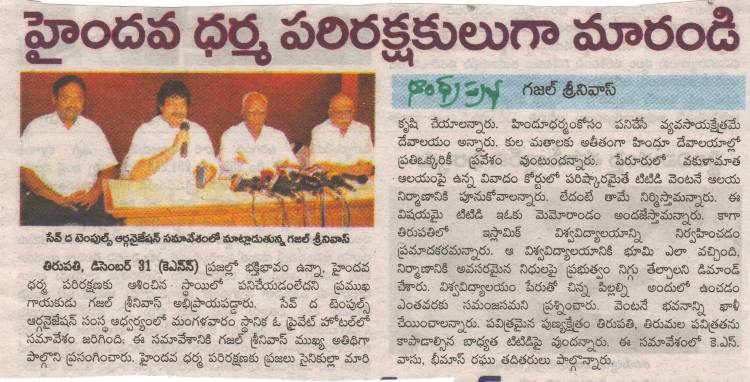 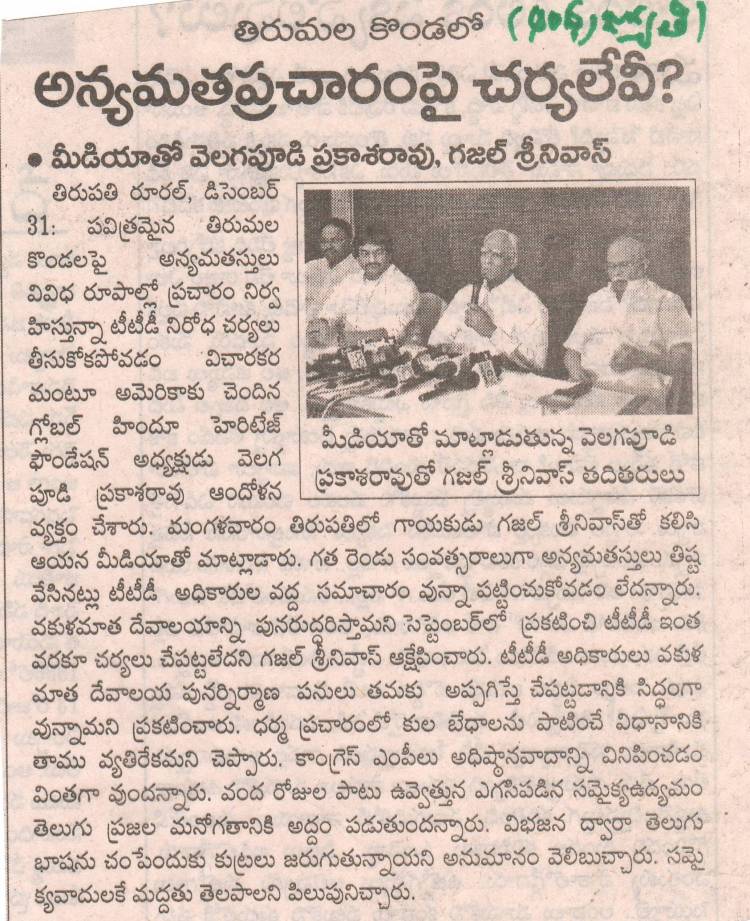 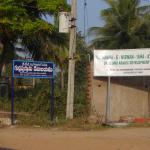 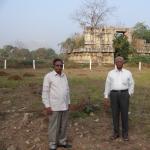 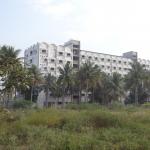 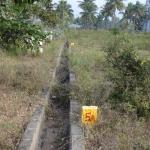 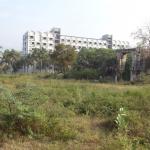 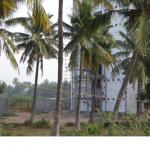 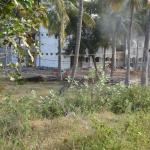 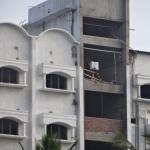 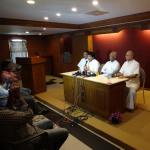 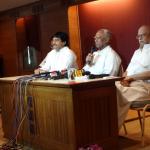 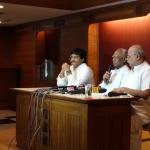 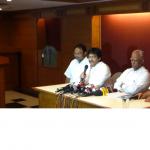 NOTE: GHHF is exempt from federal income tax under section 501 (c) 3 of the Internal Revenue code.    Our tax ID # 41-2258630
Please send your tax-deductible donations to:
Global Hindu Heritage Foundation,
14726 Harmony Lane, Frisco, Texas 75035
You can go to http://worldpeaceactivists.org/savetemplestest and pay by PAYPAL.

Photos of the campaign in Chicago

[GHHF] Proselytization on the Hills of Balaji Temple; Letter to the Endowments Minister of AP and EO of TTD