The Commissioner of Police 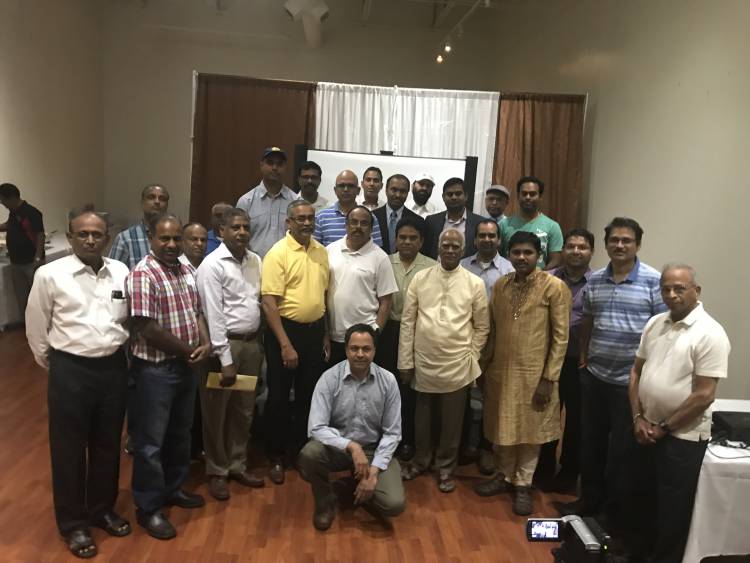 Global Hindu Heritage Foundation (GHHF) and several other organizations in Dallas Texas met on July 27 and expressed their disappointment, astonishment and shock on the externment of a saintly person like Swami Paripoornananda was for planning to undertake, Dharmagrah Yatra on July 9, 2018, a peaceful march from Hyderabad to Yadagiri Gutta by chanting only Rama nama without any speeches. They only wanted to have darshan of Lord Narasimha. We are shocked at your autocratic treatment of Swami Paripoornananda. The Externment ordered listed several statements that were supposed to “cause alarm, danger or harm to person or property.” These statements were collected from 2017 speeches. There was no trace of harm or danger for seven months as alleged by the Police Department. Then why did the government order externment. Where is the proof that Swami’s statements caused harm or dangers? Did the Police Department has any documentation to prove it’s point?

The statements made by Swami Paripoornananda were accurate, historical and proven by the facts. Hajj Subsidy is a fact, Nizam Rule is ruthless, Mughal rulers were violent, Hindu Temples destruction is visible to everyone who can see, raping women is well documented, confiscation of wealth is all known and killing kafirs is beyond doubt. These are the facts known even for an uneducated person. It appears that the Police Department negated the history of the country, refused to investigate the charges accurately or succumbed to the wishes and whimsies of Chief Minister. Can the Police Department refute these facts? Can the Department say that they did not occur?

Why did Police Department expel Swami Paripoornananda when he did not make the statements in Hyderabad? What kind of statements Swamiji made in Hyderabad to expel from the city? Can you provide those statements?

The Police Department used Telangana Prevention of Anti-Social and Hazardous Activities Act that is meant for Goondas to issue Externment Orders. What kind of Goonda activities dis Swami Paripoornananda did? When did he do it. Goonda is defined as a fired thug. Thug is a violent person, especially a criminal. Can you provide any documentation to prove that he is a goonda?

The Police Department first gave permission to go on Pada Yatra and within few hours, it was cancelled. What made you cancel it? Did you come to know about any of his GOONDA activities. Can you provide the list of Goonda activities to the public?

Did you act against Ranganayakamma for her vicious comments on Hindu Gods and Goddesses, insulting the sentiments of Hindus?

Christian Bible and Muslim Quran have hundreds of verses demeaning other faiths, belittling Hindu images, demanding for killing of non-believers, and destruction of places where images are found. Did you take any action against Bible and Quran? If the Police Department is curious to know about these verses and not aware of all the insulting statements, we will be happy to provide them for your information to act on them immediately. 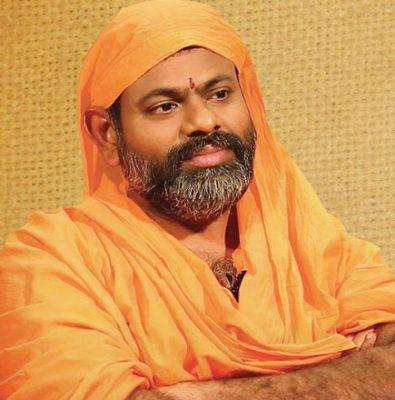 Did you take action and expel the people who organized the Beef festival at Osmania University?

Did you take action against people who are killing Cows even though government is required to protect them? How many cases have you processed against the people who killed Cows, insulting the sentiments of Hindus.

You also mentioned that Swami Paripoornananda advised that names of the cities like Nizamabad, Hyderabad, Secunderabad, Adilabad and Mahaboobabad. You considered that one to cause alarm, danger or harm to persons. Changing the names of the states, Cities and streets is very common. We can list hundreds and hundreds of such changes. In Telangana, a cursory look into the history will reveal that Hyderabad was changed to Bhagyanagaram and back to Hyderabad, Indur to Nizamabad, Elangandla to Karimnagar, Adlapur to Adilabad, Bhuvanagiri to Bhongir, Khambhammettu to Kammam and others. Why Swamiji statement be construed as causing haram? Similarly, every state has changed the names of either state, cities or streets. Nothing new, nothing demeaning.

What action will the Police Department take against Sri K. Chandrasekhar Rao, the Chief Minister of Telangana, who increased the quota for Muslims in jobs and education from 4% to 12% at the cost other communities, sowing the seeds of discord between Muslim and majority Hindu community? Is he not denying the majority meritorious Hindus the opportunity to excel. Is he not hurting the sentiments of Hindus by giving preferential treatment to Muslims when he announced that Overseas Scholarship Scheme for Minorities introduced in 2015-16 grants Rs.10 Lakhs per Student and one-way Airfare to those minorities travelling abroad for higher education in foreign universities.

GHHF can rebut all the charges against Swami Paripoornananda. The five-page “Externment Order” is baseless, frivolous, biased and highly prejudiced. It is looks like a hatchet job either to please the Chief Minister or to silence the Hindus by denying their fundamental rights guaranteed by the Constitution. Many of the so called “acts” he attributed to Swami Paripoornananda are real facts. They do not demean, harm or insult other religions.

In your interview published on September 2016, you (Anjani Kumar) said that, “In a democratic setup, we should always ensure that there is balance, and not use undue force or try to curb a movement. But at the same time, we should always ensure that the movement remains peaceful, and that there is no damage to property and nobody should feel threatened or intimidated. So, we struck a good balance between the two.” Where is the balance in dealing with case of Swami Paripoornananda? Arresting and expelling from Hyderabad is the balance you talking? Is this the kind of democracy you are talking? Denying the fundamental right for peaceful demonstration is called balancing? Are you throttling the democracy where peaceful demonstration is a curse?

Many Hindu NRRI’s and members of Global Hindu Heritage Foundation met on July 27, 2018 and passed the following resolution asking the Chief Minister, and Police Commissioners to take immediate steps cancel the Externment order.

“We, the entire Indian Community from Global Hindu Heritage Foundation request the government of India and Telangana to take appropriate actions against any individuals or organizations who are demeaning Hindu Rituals, Hindu God's, Hindu Scriptures and allow freedom of speech and freedom of assembly to gather to discuss things important to the community with a commitment to abstain from insulting and demeaning other faiths.

We demand the government to Immediately revoke the Externment order and apologize Swami Paripoornananda Ji for torturous experience while transportation to Kakinada and to preserve the ancient culture of Bharat that is the epitome of tolerance, so essential for human existence.”

Global Hindu Heritage Foundation requests the Police Department to be independent of political pressure and enforce law and order to maintain peace and harmony. If you deny the freedom of speech and freedom of assembly with assurance of peaceful march or demonstration, it would be tantamount to the butchery of the democratic values, that made the Bharat envy of the world. That is the birth right of every individual. Any religion or any individuals who demean the religious symbols, Gods and Goddesses and scriptures must be dealt with as per constitution.

Hope to hear from you soon.

40 Invited Guests Spoke about the Improvements in and management of Hindu Temples; YouTube Presentations are provided below