TO: The Wall Street Journal

On behalf of Global Hindu Heritage Foundation (GHHF)and thousands of Hindus, I want to express my surprise and shock to read such a vicious and malicious article entitled “The Holy Cows That Weren’t” written by Mr. Tunku Varadarajan is allowed to be published on August 4, 2017 in your newspaper known for fair and balanced reporting.

Known for his hyperbole writings, he stated that India has witnessed “numerous gruesome murders of men suspected of eating beef or transporting ostensibly sacred cows for slaughter.” He tried to magnify the numbers by probably hundred times by using the word “NUMEROUS” to imply great in number, countless, numberless, and innumerable. Over the last two years, any rational reader would find may be about 7-8 incidents. These numbers do not reflect NUMEROUS.  Mr Varadarajan is trying to incite the Muslims by making highly misleading statements. His statement is at odd with the facts and reality.

His jaundiced eyes prevented him to see the reality in painting a dark picture that never existed. It is unfortunate that Mr. Varadarajan made a sweeping generalization by taking few examples of aberrations. It only shows his innate hatred toward Hindutva and Mr. Narendra Modi.

In 2016, Modi said he felt enraged by those masquerading as cow protectors to commit crimes. Again, on June 29, he warned that “no person in this nation has the right to take the law in his or her own hands”. He criticized all mob attacks, but made note of the rise in attacks against people employed in the cattle industry and who eat beef. “It is not something Mahatma Gandhi would have approved,” he said.

Mr. Varadarajan never acknowledged by saying that Narendra Modi was against any kind of vigilantism.

It is shameful and disgraceful in allowing this totally biased, prejudiced and narrow-minded article published in the Wall Street Journal by ever hateful Mr. Tunku Varadarajan toward Hinduism. What he wrote is unbalanced and negative. This article is

written only to demean and degrade the holy cow that has been part of the Indian culture and its history is as ancient as Sanatana dharma. Vedas and other prohibited the killing of cows. One or two statements on beef eating found in the scriptures should not be the basis to attack the sacredness of a Cow. Listed below are some of the statements against killing a cow and also pertaining to its sacredness:

The Holy Cows that were Eternally Sacred 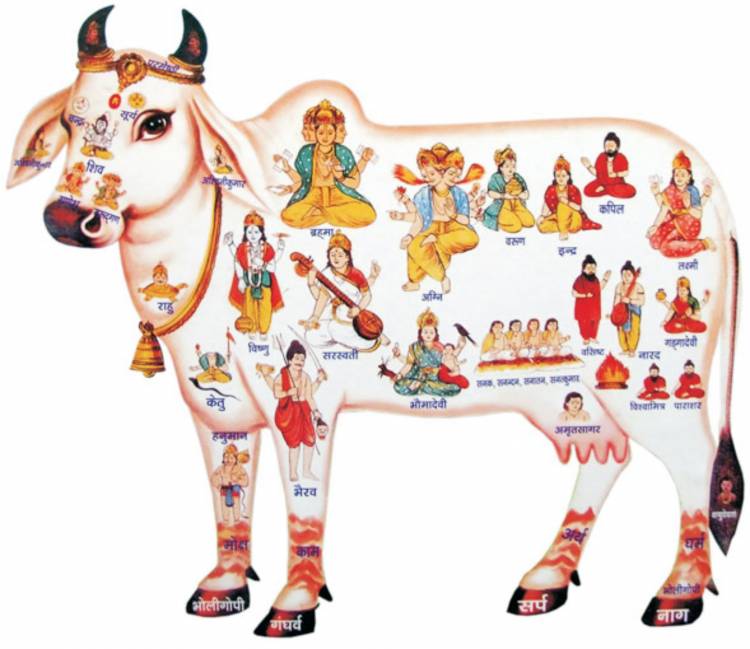 world. Cow is the abode for Havis. Cow is the life for all creatures. Lakshmi stays where cows stay. Cow is the ladder to climb to heaven. Human beings shall give away one cow from out of ten cows as Godaana. Saluting cow in morning bestows greater Punya. Cow dung, cow urine are sacred but consuming cow meat is a great sin. Cleaning house with cow dung and consuming cow urine as medicine are advisable.”

“Cows are sacred. Cows are essential for performing Yajnas. All troubles vanish on the sight of a cow. If cow milk, cow urine and cow dung are taken for three days as medicine, it cures all diseases. Cow ghee gives human being brightness. Chanting Gomati Mantra amidst cows, purifies body and mind. Chanting Gomati Mantra in front of Brahmins and Cows accomplishes all desires. Hence Cow is said to be best of all” said Vyasa as per Bhishma.

Also Mr. Varadarajan should know that there is a directive from the Constitution of India, 1949. The Article 48 says,“The State shall endeavour to organise agriculture and animal husbandry on modern and scientific lines and shall, in particular, take steps for preserving and improving the breeds, and prohibiting the slaughter, of cows and calves and other milch and draught cattle.”

The present government is trying to implement the Directive unless Mr Varadarajan advocates to violate the Constitution to please the Muslims and wants to stab the sentiments of Hindus.

Mr Varadarajan quoted extensively from the book “The Myth of Holy Cow” written by D N Jha and concurred with his conclusion that the holiness of cow “is elusive.” The author conveniently ignored Mr. Jha’s acceptance of the sacredness of cow. He said,” But it is equally true that the cow has played a purificatory role in Brahmanical society from very early times …. The literature of the post Vedic period provides clearer indications of the purificatory role of the cow … For instance, cow dung was smeared on the sacrificial altar and ghee was used to purify men. According to Baudhayana, the land becomes pure when cow walks on it and drinking gruel of barley that passes through a cow is a meritorious cat. Baudhayana treats cowpens as sacred places, and cow dung as effective in removing defilement. A mere touch of cow dung, he tells us, cleanses a man and metal objects can be cleaned by smearing with cow dung or by immersing in cow’s urine.” D N Jha goes on to list all the benefits of Panchagavyas (five products of cow) as well as their indispensability as described in various scriptures. (P:130-132)

Atharvaveda says, "It is definitely a great sin to kill innocents. Do not kill our cows, horses and people." In fact, the entire Hymn 10 of Book 10 is devoted to the cow - “A glorification of the sacred COW as representing the radiant heavens.”

Attributing as intolerance based on very few cases of incidents to the entire Hinduism is beyond any sane, sound and scientific mind. It is not journalism. It is yellow journalism. He is more like P. Chidambaram, the then Home Minister, who accused Hindus of promoting “Saffron Terror” and Sushil Kumar Shinde, also a Home Minister, who accused RSS as promoting “Hindu terrorism.” Both were forced to apologize for their rants as they could not provide any evidence. Facts forced them to withdraw their statements. Mr. Varadarajan should apologize to all Hindus for writing this emotionally charged baseless article to demean the sacred cow and insult the most tolerant Hindus.

Hinduism and tolerance are synonymous. It is only because of Hinduism we have a true democracy. No other country has granted as many privileges as India granted to Muslims and Christians. Minority reservations, allotment of budget for construction of Churches and mosques, Hajj subsidy, Hajj terminals, hajj houses, Christian Houses, subsidy to go to Jerusalem, and many more privileges were granted. Do they represent intolerance in the eyes of Mr. Varadarajan?

As a symbol of tolerance, almost all the Saints and many Hindus display the symbols of all religions in their Ashramas and houses. Can Mr. Varadarajan show any of the churches or mosques displaying these symbols to show their tolerance.

His hatred toward Hinduism can be seen simmering through many of his writings. In one of his articles, he said that “The ruling party should leave secularism alone.” He further argues that “India needed to lose the least is secularism.”

But unfortunately, Mr Varadarajan was trapped into the prison of intellectual pauperism by failing to define secularism.He is hankering to protect secularism as seen through the eyes of Congress Party, liberals, intellectuals, Communists, media and Muslims. That means he wanted to deny the rightful access to the resources of the nation and embracing policy of the former PM of India, Manmohan Singh, who said the Muslims have the first right to the resources of India.

He also said that “India is not a Hindu Rashtra. It never has been and — by the grace of my ancestral deity — it never will be. Its ideals are those of tolerance, co-existence and (to use a word that English-speaking Hindutva-types hate) syncretism. (Indian Express, Feb 28, 2016).

In another article, Mr. Varadarajan’s loathing toward Hinduism is pronounced even more.  He said, “Hinduism has become a prime source of intolerance in India. Every week, a scientific, cultural or social atrocity is committed in the name of the Hindu religion by those who would pose as its protectors. Hindutva has gone too far. It’s time for a counter-revolution: Hindus Against Hindutva! (HAH!)” (Indian Express December 13, 2015).

It is because of tolerance, co-existence and syncretism, Hindus have accommodated almost all the religions. Except for the two dominant Abrahamic religions, all other religions such as Jews, Buddhists, Sikhs, Parsis, Jains, and others live peacefully. Two Abrahamic religions openly waging a war to convert India into their faiths. Mr. Varadarajan conveniently ignored their unquenchable thirst for conversion through deception and terrorism. According to Nathan Katz, India is perhaps the only country in the world where Jews have not faced discrimination or persecution at the hands of the majority community. Similarly, Sri Dalai Lama, who considers himself as the son of India, has all praise for India’s tolerance. That is tolerance and peaceful coexistence. That is what Hindus represent.

We request Wall Street Journal to refrain from publishing these kinds of hateful articles and hyperbole presentations written by writers such as Mr. Varadarajan without checking for their accuracy and objectivity. Handful of incidents cannot be generalized to the whole Religion. It represents one’s small mindedness, meanness and spitefulness.

Cow is respected, honored, worshipped by millions of Hindus and even some Muslims. Cow is worshipped daily in many Temples, Ashrams and houses, the way they worship their Gods and Goddesses. Hindus feel obligated to protect Cows from being slaughtered. Protecting Cow from being slaughtered is considered intolerant, so be it. We cannot allow the intolerant people and intolerant intellectuals to deny the rights of most Hindus. We cannot accept these intolerant intellectuals to demean our sacred cows.

Let us remember the words of Karl Popper, “If we extend unlimited tolerance even to those who are intolerant, if we are not prepared to defend a tolerant society against the onslaught of the intolerant, then the tolerant will be destroyed, and tolerance with them.”

Wall Street Journal should champion the freedom, tolerance and coexistence 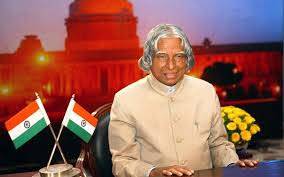 that has been the hallmark of Hindus, not the despotism. Mr. Varadarajan should be reminded of Dr. Abdul Kalam, former President of India, who said: “In 3000 years of our history, people from all over the world have come and invaded us, captured our lands conquered our minds. From Alexander onwards, The Greeks, the Portuguese, the British, the Mughals, the French, the Dutch, all of them came and looted us, took over what was ours. Yet we have not done this to any other nation. We have not conquered anyone. We have not grabbed their land, their culture, their history and tried to enforce our way of life on them. Why? Because we respect the freedom of others.”

Five Floors of Islamic University are ordered to be demolished