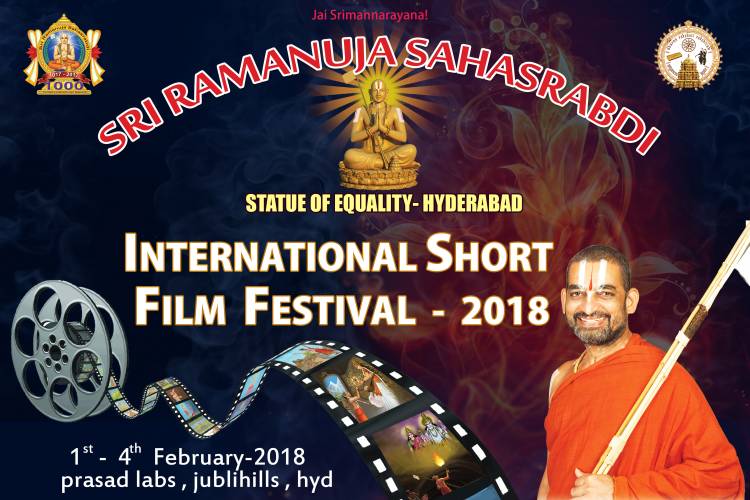 216-feet ‘Statue of Equality’ to be construed near JIVA Asramam in Sriramnagar, Samshabad, Hyderabad

New Delhi, September 16, 2017: In a bid to commemorate the Sahasrabdi anniversary (1017-2017) of great saint His Holiness Sri Ramanujacharya, his statue towering 216 feet the Statue of Equality will be constructed adjacent to JIVA Asramam in Sriramnagar, Samshabad, Hyderabad, India.  This Rs. 1000 crore project was conceptualized in the year 2014.

His Holiness Sri Chinna Jeeyar Swamy said, “The Statue Of Equality Project is a dedication to the great icon of Equality, Sri Ramanujacharya Swamy. He created ripples in the society 1000 years ago with His revolutionary thoughts and brought the neglected on the same platform on par with the elite when the society was gripped with social evils of untouchability and class-based discrimination. He was the first one to bring the down-trodden into temples and give the “Ashtakshari Manthra” to the common man, denying all odds.”

His Holiness Sri Chinna Jeeyar Swamy also spoke about The Legacy of Sri Ramanujacharya.  He said: “A thousand years ago, in a society riddled with blatant caste based oppression, one man championed the cause of the downtrodden.

One man single highhandedly heralded a cultural storm, bearing the touch of original Vedic knowledge. One man opened the doors of the temples wide to the hitherto banned “untouchables”. And today, millions come together to pay tribute to this one man, this one man, this saint nonpareil who paved the way for a modern, inclusive spiritual awakening. Today, Sri Ramanujacharya Swamy is more than a holy name. He is a beacon of the equality and hope for the generations to come.”

Apart from the prizes, winners will be honoured with Memento and Participation Certificate and every participant will get Appreciation certificate. Special Individual Commendations also will be presented in different individual categories like Best Actor, Best Actress, Best Director etc., in selected short films.

List of selected films for Screening will be declared on 10th January, 2018 and Short Films selected by jury will be screened during Film Festival.

The basic rules and regulations for the film festival are

Entries can be sent to the below address before 1st December, 2017.