New Delhi, Aug 9; Prime Minister Narendra Modi on Tuesday released a theme song of the Tiranga Yatra to be organized from August 15 to mark the 70th anniversary of India’s Independence from the British.  “The Tiranga Yatra will be a symbol of development, social harmony and unity. It will spread harmony,” Modi said. He also asked the party MPs to highlight the contribution of freedom fighters and martyrs among school children. The theme song – '70 Saal Azadi Yaad Karo Kurbani' has been composed by Dr. Ghazal Srinivas on behalf of Global Hindu Heritage Foundation and Savetemples. 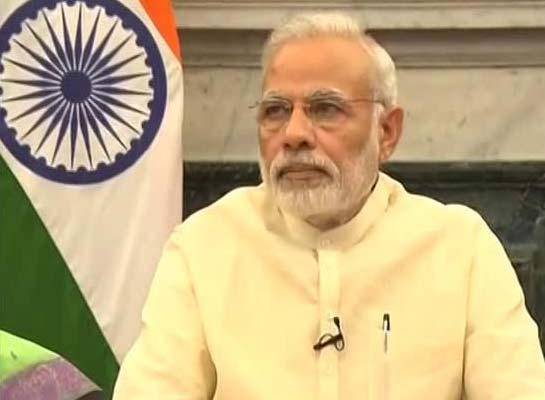 The Prime Minister Modi asked party MPs to work hard to make it successful and visit places related to freedom fighters and martyrs. Parliamentary Affairs Minister Ananth Kumar said, the Prime Minister had called for highlighting the contributions of freedom fighters and martyrs among school children during the celebration. "Mr. Modi also asked BJP MPs to publicize the legislative works done in the current monsoon session of Parliament, including the passage of the 122nd Constitution Amendment Bill which will pave the way for the roll out of the GST," He added. 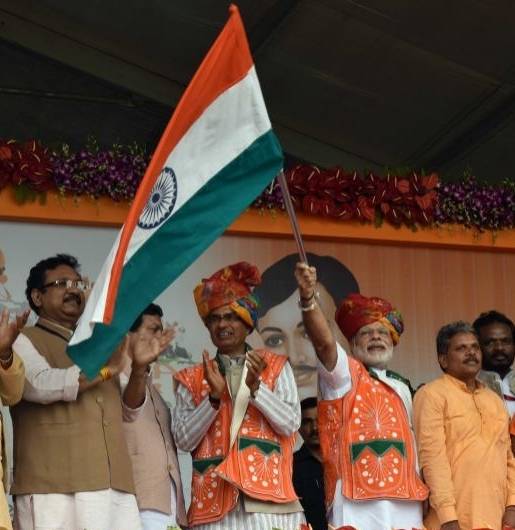 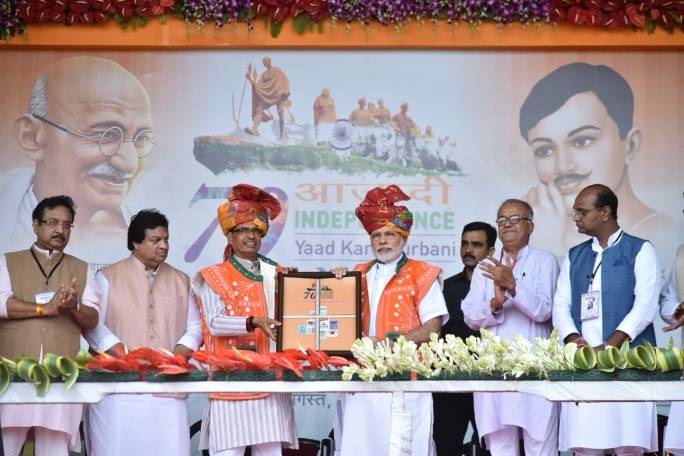 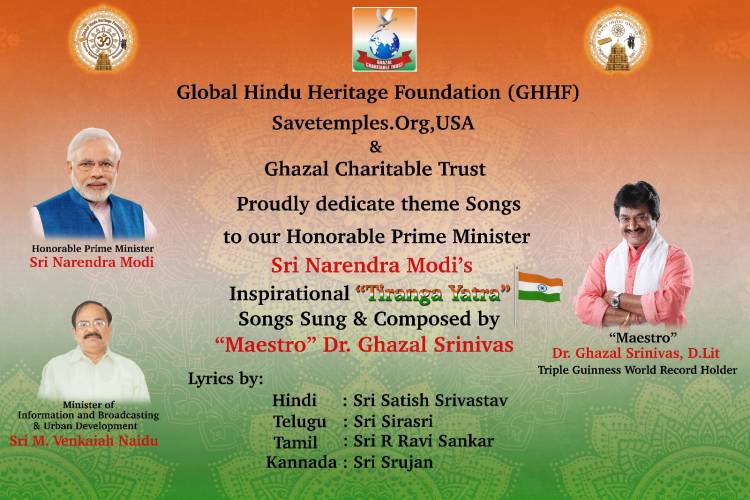 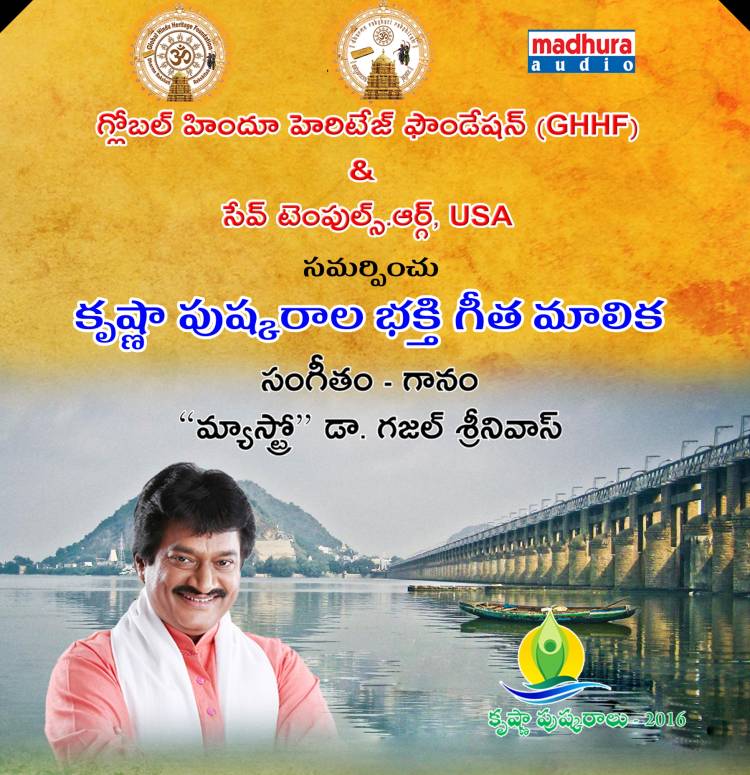 Krishna Pushkaralu will start from August 12 and will continue until 23rd.  The main significance of this Krishna Pushkaralu is that it occurs once in every 12 years in other words called as Pushakaram. The Krishna River is the fourth biggest river in terms of water inflows and river basin area in India which is approximately 1300 kms. Krishna Pushkaralu happens due to the time of entry of Jupiter into Virgo (Kanyarasi). Most of the Krishna River is connected with Vijayawada. One of the special attractions of Vijayawada is that it has the famous Kanaka Durga Temple. The temple is located on the Indrakeeladri hill.

The word Pushkara has a definite meaning in our Hindu Mythology. It means that nourishment of the one who performs it. It can also be called as Pushkaram, Pushkara or Pushkaralu. Krishna is also called as Krishnaveni.

Government of Andhra Pradesh has made some special arrangements during the last Krishna Pushkaralu which took place in the year 2004. As this is a festival which occurs for once in 12 years Government of Telangana and Andhra Pradesh are planning heavy preparations so as to reduce the rush of pilgrims. As this holy festival Krishna Pushkaralu occurs only once in 12 years around 4-5 cores of people are expected to visit this Pushkaralu from all over the India. Everyone has a belief that whoever visits the Krishna Pushkaram must take a holy dip in the river Krishna which improves their Physical and mental abilities. 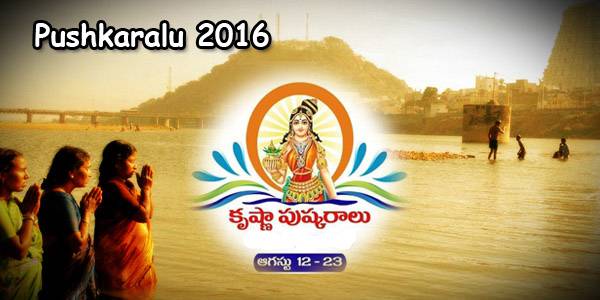 Both AP and Telangana governments have reportedly focused on the arrangements of the same. Guntur, Krishna,Prakasham, Karnool, Nalgonda, Khammam and Mahboobnagar are the places which are likely to witness the festive look. Among all of those Vijayawada of Krishna district is the main place where celebrations are made. 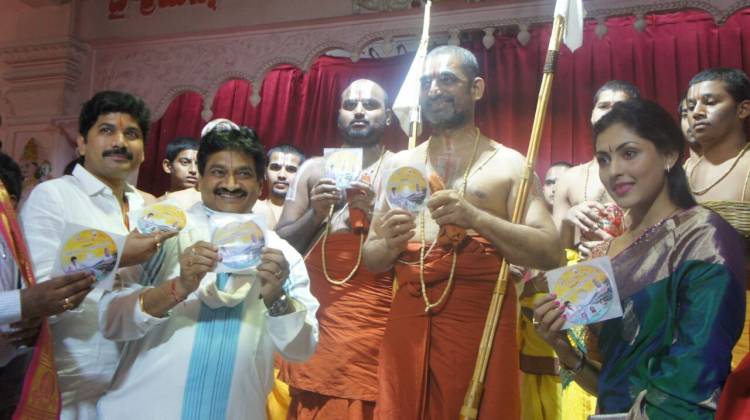 How to make Bharath a Hindu Rashtra by “Hindu Voice.”

Seminar on Temple reforms in Hyderabad on June 16, 2007