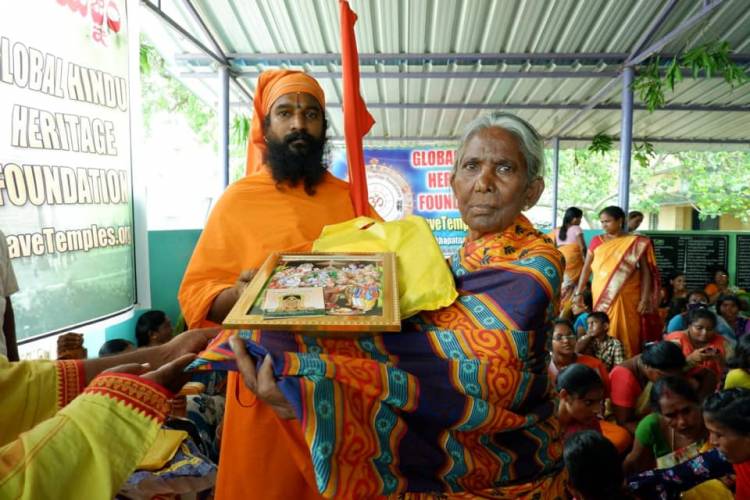 "Whenever we read the obscene stories, the voluptuous debaucheries, the cruel and torturous executions, the unrelenting vindictiveness with which more than half the Bible [Old Testament] is filled, it would be more consistent that we called it the word of a demon than the word of God. It is a history of wickedness, that has served to corrupt and brutalize mankind; and, for my own part, I sincerely detest it, as I detest everything that is cruel."(Thomas Paine, an English-born American political activist, philosopher, political theorist, and revolutionary.)

Global Hindu Heritage Foundation (GHHF)in association with Sri Saidatta Manasa Peetham have been planning to organize this Ghar Wapsi for more than two months. Sri Sai Datta Swami went to many villages and talked about the richness of our culture knowing that they became Christians not because of the message of Bible but because of their financial circumstances, health related issues, deceptive interpretation of Hindu scriptures and  demeaning the multiplicity of Gods and Goddesses.

Any rational, objective, and logical person would know that how an illiterate person who cannot read or write even a single sentence becomes a Christian overnight and throw away the Hinds pictures and even step on them to please the pastors. Christian Pastors are the most cruel and deceptive people waiting like vultures to snatch away the Hindus.

Under the leadership of Sri Sai Datta Swami, 123 Christians decided to come back home to their original Hindu houses. On July 12, a major program was arranged under the auspicious of GHHF.

Hinduism is being ambushed from all directions, from different religions and from diverse groups. Christians and Muslims are doing their best to covert Hindus by different means. Christians have used all kinds of tricks and incentives to convert the poor and rich.

As Thomas Paine observed , Christians used all kinds of treacherous acts, engaged in torturous execution, and participated in relentless vindictiveness to convert Hindus into Christianity. In fact, Pain Says they even corrupted and brutalized mankind. It is time for all Hindus to realize the gravity of the situation and ever increasing efforts to convert Hindus either by hook or crook. Now we all have to work at the ground level and start reconverting and welcome them home with respect and dignity.

Prioritize our Efforts:                We Hindus have been writing innumerable books, discussing the conversions endlessly, giving lectures profusely, criticizing others with gusto, and blaming others for not doing anything for centuries. If these attempts are going to stop the conversion, stop the destruction of Hindu Temples and Hindu Vigrahas, we are all for it and we will support wholehearted. These attempts are NOT producing the desired results, not able to expand our base. Sooner we recognize the importance of Ghar Wapsi, better it would be for Hindus.

It is time for each one of us to know the ground realities and how to invest our energies and resources to both stop the conversions and reconvert the Christians back to their Hindu Dharma. Otherwise Hindu population will be shrinking further while Christian population will be increasing day by day creating more problems to Hindus.

In 2019, GHHF honored a hand full of reconverted Hindus in Tirupati and listened to their stories and how they were duped and converted. Spent more than two hours talking to them. Then GHHF members realized, we have to work at the ground level – meaning we have to go to the villages and talk to them. Pictures are attached taken in Tirupati. Since that time GHHF is doing few things. Soon we will let you know our plans for the future.

Following items were given to each converted Christian into Hinduism

As many of you are aware that it would take lot of energy, time, and MONEY to engage in this kind of Ghar Wapsi program. Your financial support will help to continue our program in 5 different locations, and we continue to expand efforts going to as many villages as possible.

PayPal Method: To donate visit our website: savetemples.org. Click on the Donate button, then press the Purpose category, and select Ghar Wapsicategory. 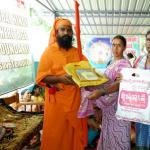 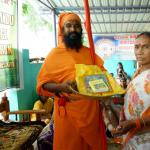 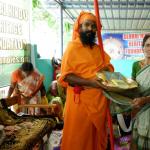 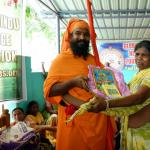 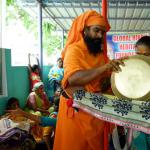 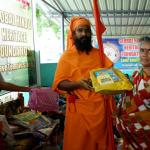 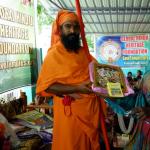 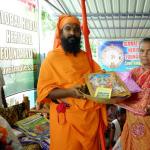 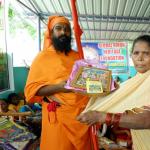 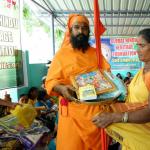 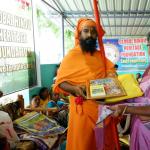 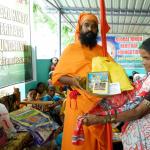 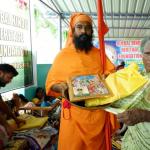 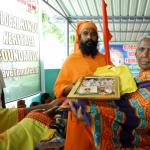 [GHHF & SID] Hari K Prasad proved the Tamperability of EVMs; a Jailed hero to receive Pioneer Award in USA; His US schedule; Attend his lectures

GHHF Annadana Dry Items are being distributed to Needy Priests in VILLAGES.

International Islamic College coming near TIRUPATHI; Is there a plan to Silence the bells and stop aarathi at Balaji Temple?