DON’T miss to watch it. 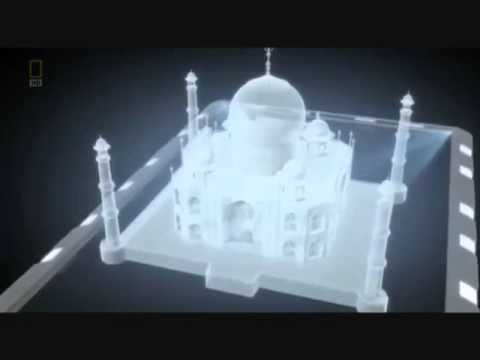 Watch this Documentary and judge your self. Many writers especially P N  Oak has written extensively about the Shiva Temple and how it was changed to TAJ MAHAL.

The documentary is revealing and amazing to know how Muslim leaders and the national leaders were deceiving Hindus and lying all along in spite of tone of evidence. Thanks to the Professor from the University of Vienna who has produced scientific evidence.

Awakening of INDIANS via Social Media, which is the ONLY counter to Main-Stream Media in India, which is spreading LIES and Propaganda from last 60 Years.

Hindu Temples – What Happened to Them is a two-volume book by Sita Ram Goel, Arun Shourie, Harsh Narain, Jay Dubashi and Ram Swarup. The first volume was published in spring 1990.

The first volume includes a list of 2000 mosques that it is claimed were built on Hindu temples, which it is asserted is based primarily on the books of Muslim historians of the period or the inscriptions of the mosques. They have listed the names of the mosques, and the names of original Temples state by state, district by district and city by city.

Here is an article written by Stephen Knapp with photographic Evidence. Judge yourself. Don’t be swayed by lies and deception.

Taj Mahal: Was it a Vedic Temple?

A Presentation Assembled by Stephen Knapp, is available at: 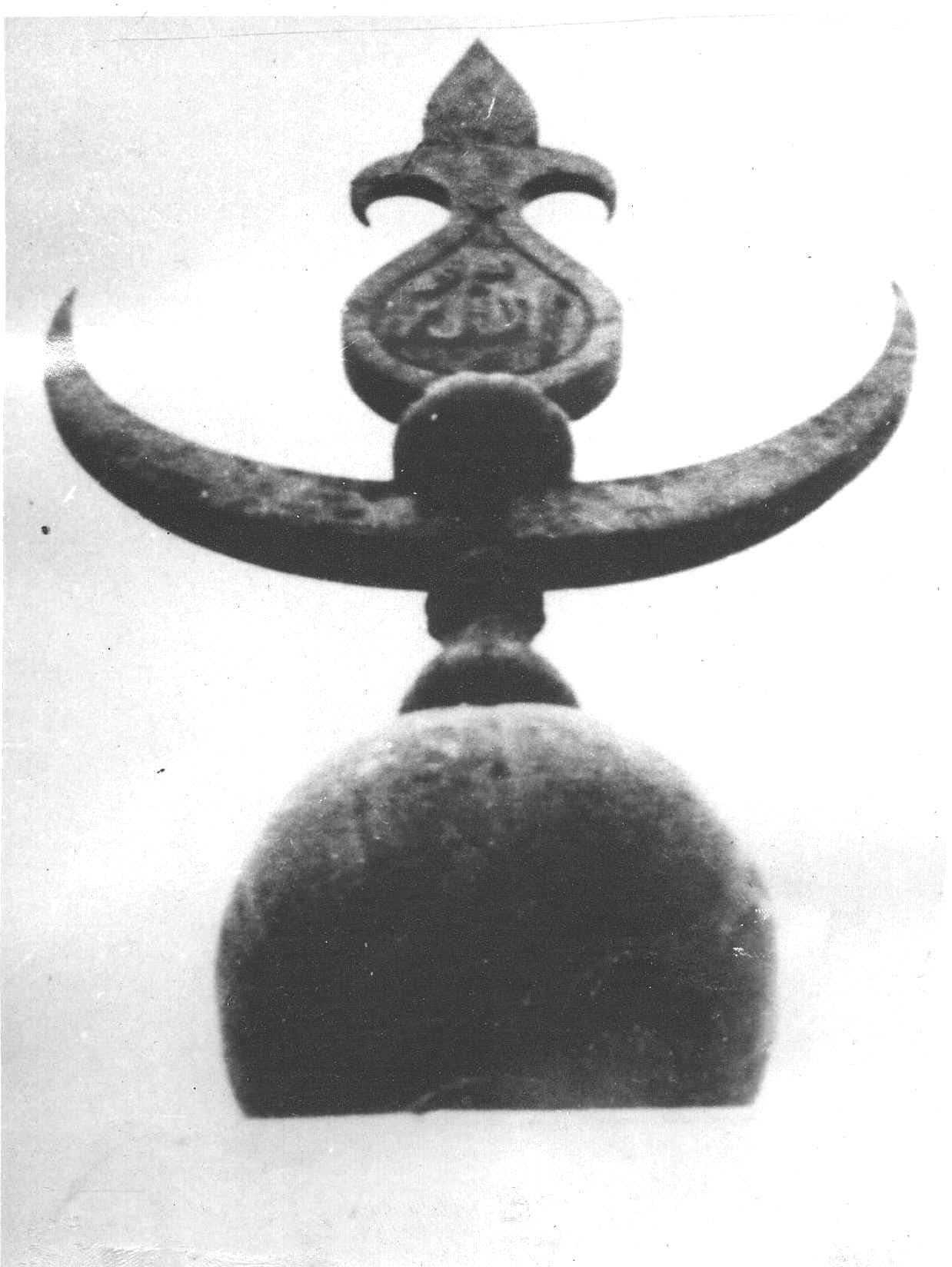 This presents photographs (listed below in two collections) that show the Vedic influence found in such buildings as the Taj Mahal, Red Fort, and other structures in India. It also presents photos of drawings and art that have been discovered from other parts of the world, such as Arabia, Egypt, Greece and Italy, that show a definite Vedic influence. This also presents articles that explain the evidence for and against the idea that the Taj Mahal was a pre-existing structure before it was said to be built by Shah Jahan. So, no matter whether you accept all of this or not, it nonetheless makes for an extremely fascinating and interesting story. Take a look and decide for yourself what you think. The articles listed below are practically more important than the photographs that are supplied. So be sure to read them.

The point of this presentation is that we have all heard how the Taj Mahal, which is considered one of the great wonders of the world, was built as the preeminent expression of a man's love for a wife. That it was built by emperor Shah Jahan in commemoration of his wife Mumtaz. However, is this a true story? So, in our continuous effort to get to the truth, we have acquired some very important documents and information. Regardless of what anyone thinks, there is some thoughtful information that indicates that the Taj Mahal was never built by Shah Jahan. Some say that the Taj Mahal pre-dates Shah Jahan by several centuries and was originally built as a Hindu or Vedic temple/palace complex, and that Shah Jahan merely acquired it from its previous owner, the Hindu King Jai Singh. This is not unlike the many other buildings that were acquired by the Muslim invaders to be used for their own purposes. The point to consider is how much more of India's history has been distorted if the background of such a grand building is so inaccurate. 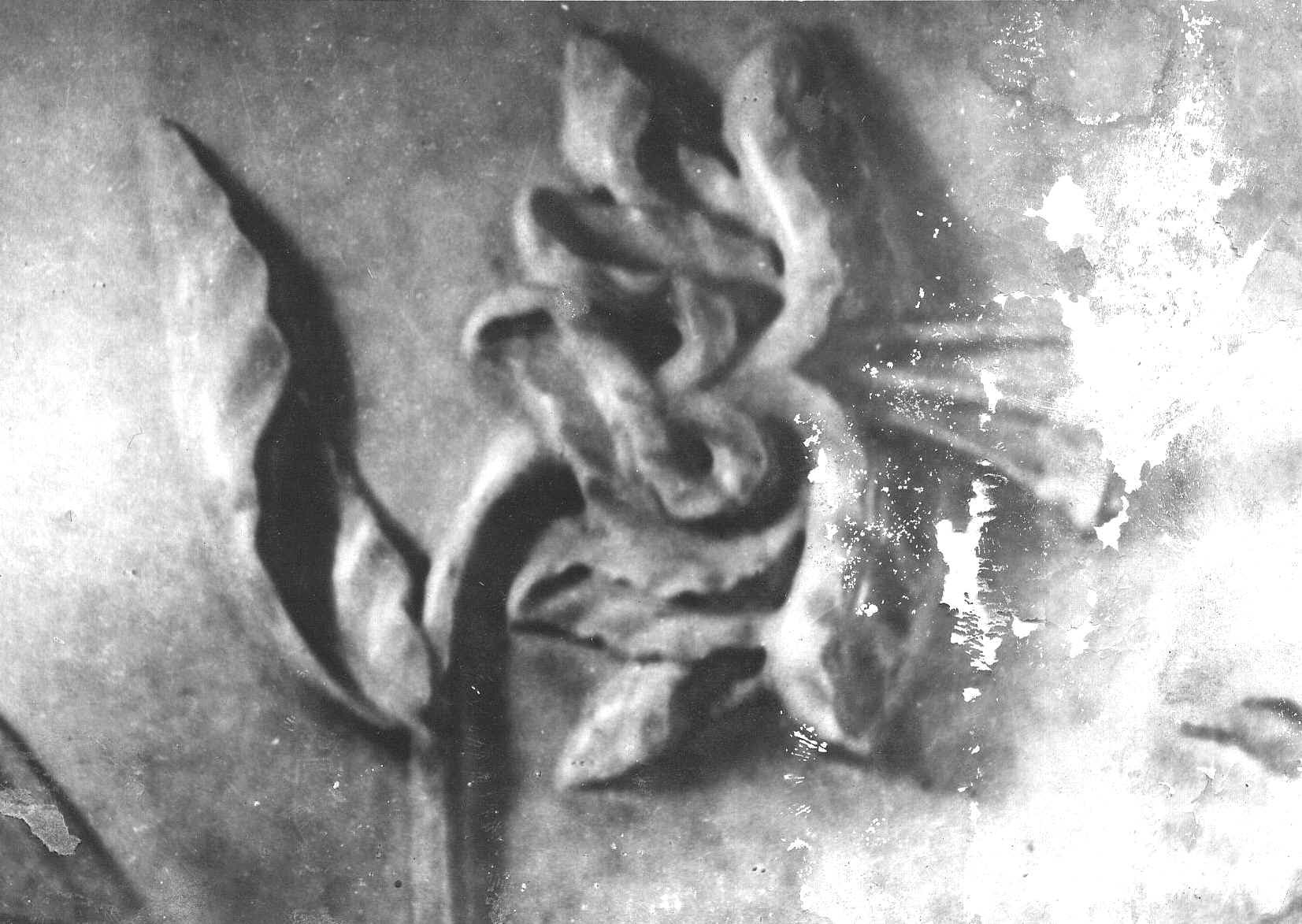 The photographs listed below are taken from an album that was found in India. On the back of each photo there is a stamp mark that says, "Copyright Archaeology Survey of India." This signifies that they may have been the property of that institution, or that they had researched the evidence that shows the Taj Mahal and many other buildings may not have been of Muslim origin. Thus, it would be good if they could open up further research into areas of the Taj Mahal that would reveal the true nature and originality of the buildings.

These photos are black and white and except for old age and some water damage on some of them (creating white spots in areas), most are still in relatively good condition. Each photograph was accompanied by a typed caption taped in the album under or near the photo, each of which gives a very interesting explanation of the subject and the Vedic influence recognized on the building and what it means. The captions accompany the photos on the following pages just as they were written in the album, so the style of English and the explanations are kept the same. I (Stephen Knapp) did not write these captions, though many people think I did. They are obviously written from an Indian perspective. Whatever I may say about the photos are displayed in brackets [ ]. Otherwise, I let the captions and photos speak for themselves. Some of these photos will show areas of the Taj where the public presently has no access, or what is rarely seen or noticed today. This collection has since traveled all across the internet after I have posted them here. 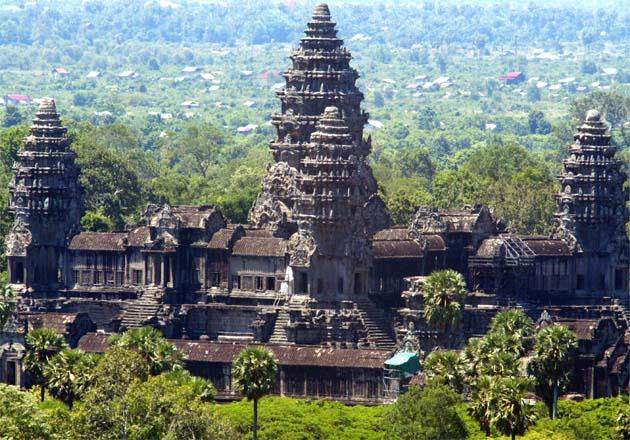 It is because of the manipulation of history by invaders that the true greatness of India and Vedic culture has been stifled or hidden. And it is time that people everywhere realize how numerous lies and false propaganda have been passed around as if it were the truth in regard to India and its past, as well as its art, archeology, and the wonder of its culture. India and its Vedic society was one of the preeminent civilizations of the world, as I explained in "Proof of Vedic Culture's Global Existence." Now, through the increasing amount of revealing evidence that is being uncovered, that greatness of India's past and its contributions to the world are gradually being recognized. It is because of this that it is now time to rewrite the history of India. 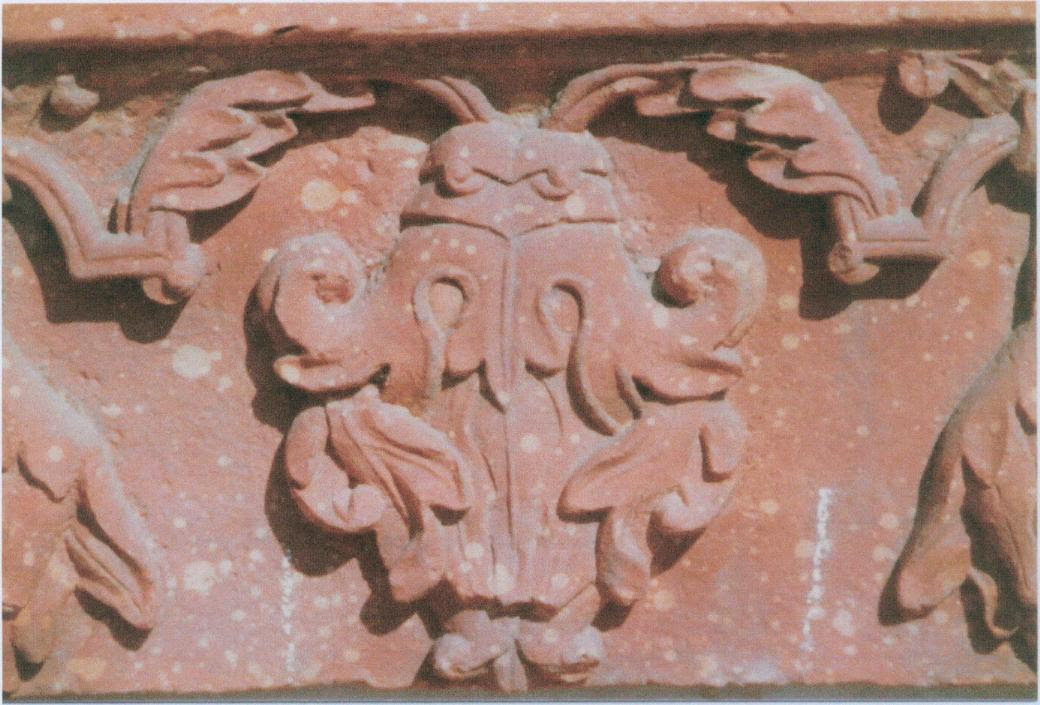 "The Question of the Taj Mahal" (Itihas Patrika, vol 5, pp. 98-111, 1985) by P. S. Bhat and A. L. Athavale is a profound and thoroughly researched and well balanced paper on the Taj Mahal controversy. This paper goes well with the photographs listed below. It uncovers the reasons for the rumors and assumptions of why it is said that Shah Jahan built the Taj Mahal, and presents all the inconsistencies of why that theory doesn't hold up. It also covers such things as the descriptions found in the old Agra court papers on the Taj; descriptions and measurements of the building in the old records; Aurangzeb's letter of the much needed repairs even in 1632 which is unlikely for a new building; records that reveal Shah Jahan acquired marble but was it enough for really building the Taj or merely for inlay work and decorative coverings; the observations of European travelers at the time; the actual age of the Taj; how the architecture is definitely of Indian Hindu orientation and could very well have been designed as a Shiva temple; the issue of the arch and the dome; how the invader Timurlung (1398) took back thousands of prisoner craftsmen to build his capital at Samarkhand and where the dome could have been incorporated into Islamic architecture; how it was not Shah Jahan's religious tolerance that could have been a reason for Hindu elements in the design of the Taj; how the direction of the mosque does not point toward Mecca as most mosques do; the real purpose of the minarets at the Taj; the Hindu symbolism recognized in the Taj which would not have been allowed if it was truly Muslim built; and even as late as 1910 the Encyclopaedia Britannica included the statement by Fergusson that the building was previously a palace before becoming a tomb for Shah Jahan; and more. A most interesting paper.

"An Architect Looks at the Taj Mahal Legend" by Marvin Mills, is a great review of the information available on the Taj Mahal and raises some very interesting questions that make it obvious that the Taj could not have been built the way or during the time that history presents, which makes it more like a fable than accurate history. This suggests a construction date of 1359 AD, about 300 years before Shah Jahan.

The True Story of the Taj Mahal. This article by P. N. Oak (from Pune, India) provides an overview of his research and lists his 109 proofs of how the Taj Mahal was a pre-existing Hindu temple palace, built not by Shah Jahan but originally at least 500 years earlier in 1155 AD by Raja Paramardi Dev as a Vedic temple. Mr. P. N. Oak is another who has done much research into this topic, and such a study is hardly complete without considering his findings. The evidence he presents here is a most interesting read, whether you agree with it all or not, or care for some of the anger in his sentiment. Mr. Oak has presented his own conclusions in his books, most notably Taj Mahal--The True Story (ISBN: 0-9611614-4-2).

The Letter of Aurangzeb ordering repairs on the old Taj Mahal in the year just before it is said to have been completed.

The Badshahnama is the history written by the Emperor's own chronicler. This page shows how Aurangzeb had acquired the Taj from the previous owner, Jai Singh, grandson of Raja Mansingh, after selecting this site for the burial of Queen Mumtaz.

Taj Mahal -- Time to Tell the Truth, an analysis by Dr. V. S. Godbole that shows how the Taj Mahal was not built by ShahJahan but was the Palace of Raja Mansingh.

The website http://veda.wikidot.com/taj-mahal has a most comprehensive and historical overview of interesting information about the origins of the Taj Mahal, which you should read thoroughly to get a good understanding of the truth of the Taj Mahal.

Collection Two This is an additional collection that provides a closer look at the secrets of the Taj Mahal as supplied by V. S. Godbole from England. You can look at the ones that interest you the most as described below, or go through them like a slide show by using the "Next" links on each page.

End the Endowment Department; Sink the Secularism in the Red sea; Hindus Must Reclaim the Lost Freedom to manage their Temples

[GHHF] Annadanam to Farm Laborers in FOUR Locations in Guntur Continuing since April 15.

[GHHF] Annadanam is being rendered in four Locations in Andhra Pradesh during Lockdown due to the Spread of Coronavirus.