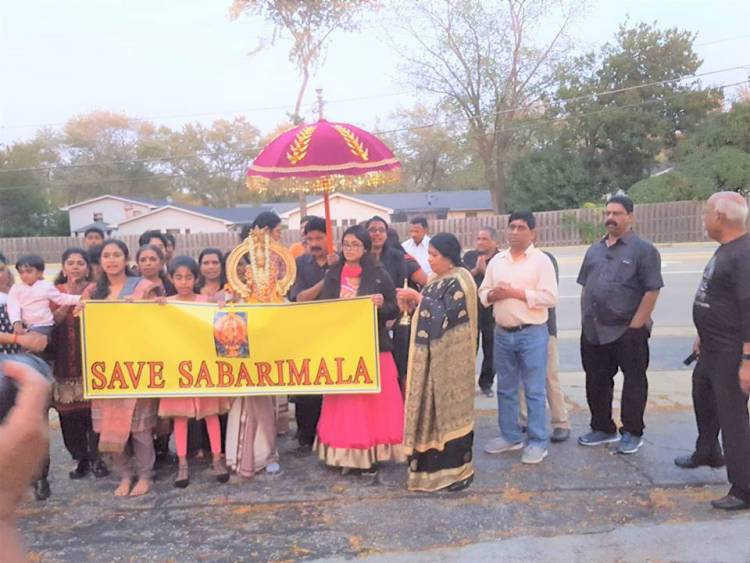 Chicago, Oct 27, 2018:  The united Hindus of Chicago along with Geetha Mandalam, Global Hindu Heritage Foundation, VHPA-Chicago, OFBJP, Bhartiya Senior Citizens,expressed dis-satisfaction against the Supreme Court of India’s verdict allowing women between the age of 10-50 in response to a petition by non-devotees. The verdict is against hundreds of year-old temple tradition. It is against Hindu faith and belief system.

The community is outraged by the SC judgement; and expressed solidarity to those who have been relentlessly fighting to protect Sabarimala and Hindu Dharma. The protestors signed memorandum asking to repeal the verdict. It will be submitted to the Prime Minister through Consulate General and other media.

The Hindus across the world are unhappy with the premeditated desecration of Sabarimala. The Hindu community condemns the State Government of Kerala who has used official machinery to crush the protests of innocent pilgrims who just want to protect their place of worship from those who only have the aim to desecrate it.

All most all Hindu women are okay with the current restrictions and in fact, they are the one who is fighting against the Supreme Court verdict! The women who are asking temple access are either atheists or from other religions, they are not even devotees, they are not doing for worship, equality, or to reform Hinduism! They have no respect for the sacredness of the place.They are simply trying to denigrate Hinduism and to tear down the fabric of Hinduism. They are hurting the sentiments of nearly 1 billion Hindus! They want to humiliate the Hindus! A non-Hindu activist Rehana Fatima; who attempted to enter the temple carried sanitary napkins to desecrate Ayyappa (Hindu God) is not a sign of worship!It deeply hurt the sentiments of Hindus worldwide.

It is clear that the anti-Hindu elements have a set and a systematic agenda to break apart Hinduism and then Bharat. It is important to remember that they are not doing for our sisters, daughters, and moms. They are moving with their evil agenda.

The verdict is a surrender to the “Destroy-Hinduism” forces. The SC should not interfere in rituals as long as they are not abusive, violent, threat, harmful, unsafe, or with a discriminatory motive. In this case, individual right was given higher priority than the basic Hindu practices. The Supreme Court is being selective and discriminatory. They find a violation of fundamental rights because of the restrictions of the single Hindu temple, but do not find anything wrong with the restrictions on women in other religions. Handful non-Hindu activist’s concerns matter to the SC, but 1 billion Hindus’ faith do not? What kind of justice is this? Why the SC did not consult the Hindu dharmgurus and scholars first? It should be “Fix all religions or none!” The SC should not play double standards.

Hindus are simply asking to save their faith, traditions, customs, culture, and thousands of years-old heritages in their own country which are being attacked in the name of reforms.

All Hindu reforms should come from within Hindus after thorough analysis, research, study, and understanding. Dharmgurus and scholars should be consulted to bring needed reforms. Unlike some other religions, Hinduism is progressive and flexible religion. The reforms were carried out in the past (for example “Sati Pratha”) and could be done again. But, no external elements, especially anti-Hindu regiment should force the reforms. Supreme Court has no business in hearing cases on religion unless there is a systematic discrimination.

Sabarimala is a wake-up call for all Hindus and a golden opportunity to unite! “Sabarimala” is not a local issue; it as an attack on “Hindu-faith”. It is Sabarimala today, and if nothing is done, it will be other temples and traditions tomorrow! Diwali firework is banned 22 hours out of 24 hours. While keeping cruel rituals from other religions untouched, all Hindu festivals are under heavy scrutiny behind the name of reforms. We urge the Hindus that; this is not an isolated event, but a planned and premeditated attack on the religion by anti-Hindu forces. We urge Hindus across the globe to wake up and take note of the designs of anti-India and anti-Hindu forces and take actions, before it gets too late.

Here are some photos and videos from the Chicago and worldwide other protests: 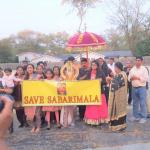 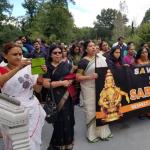 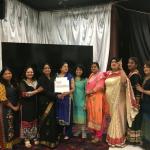 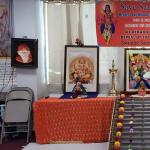 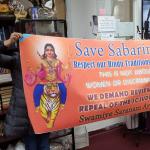 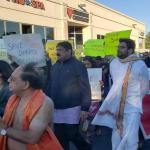 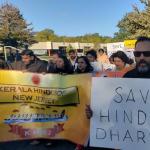 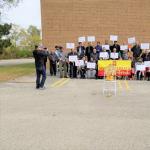