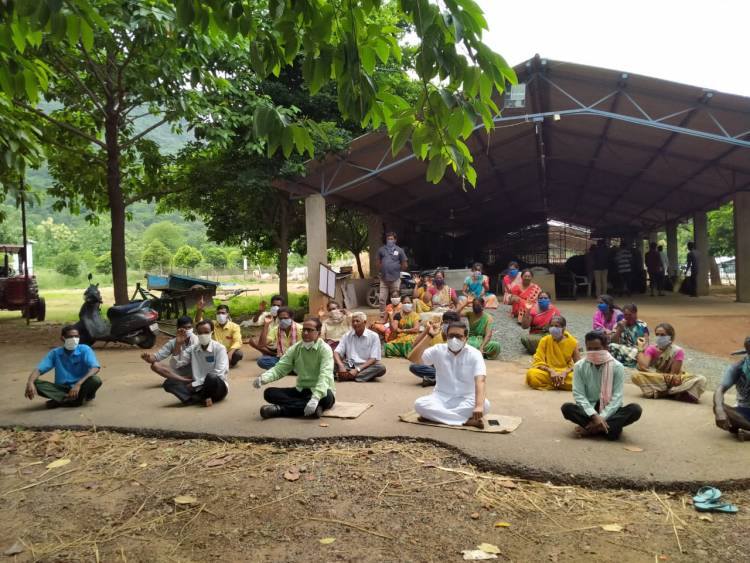 The divine cow, who is skilled in eloquence and gives speech to others, and who helps us for our worship of the divine forces, is abandoned by fools only.

May cows come and bring us good fortune; let them stay in our cowsheds and be content in our company. May many colored cows bring here prolific milk for offerings to the resplendent Lord at many dawns.

On July 14 (Tuesday) three calves died because of the failure of Varaha Lakshmi Narasimha Swamy Temple authorities. It is customary for people to donate the calves to Simhachalam Temple.

About 31 skilled laborers are employed to take care of Goshala. These are the people who attend to the daily needs of these cows and calves, attend even to the delivery, and how to massage them. From early morning around 5:30 am they come to the Goshala, feed the, fill the tanks with water for them to drink, and remove the cow dung and wash the floor. They know how to take care of them. The cows know their schedule and waiting for them to come and provide feed and water. There is a bond established between these skilled laborers and Cows.

On Monday(13th)  morning, the laborers were asked by the Temple authorities to stop coming from Tuesday (14th) for their duties and even asked them to vacate the living quarters. It appears that these skilled laborers were removed due to the austerity measures initiated by the Temple authorities due to Covid-19. As usual the donors brought  the calves to donate and left them in the gaushala. There was no body to take care of them. Realizing the potential danger of calf’s lives, they assigned the unskilled sanitation workers to care for these cows. These unskilled people have no training, no experience, and no knowledge to attend to the needs of these cows.

Sri Ashok Gajapathi Raju said that “the protection of cows is the most pious responsibility. This responsibility must be fulfilled by Simhachalam Devasthanam.”

As many of you are aware that on March 4,  P. Sanchita Gajapathi Raju, daughter of late P. Anand Gajapathi Raju, former MP and Minister. took oath as chairperson of the Sri Varaha Lakshmi Narasimha Swamy Devasthanam Temple Trust Board in the temple premises at Simhachalam near here on Wednesday.She has no knowledge about Hindu culture and the significance of Hindu Temples. She is only a titular head. Sri Ashok Gajapathi Raju was removed from the post. Why such a sudden change. What is the plan behind this change? No government official was able to answer that question and they were trying to evade any questions pertaining to the appointment of Smt P Sanchita Gajapathi Raju

Many organizations expressed their anger and frustration over the neglect of the cows and allow four calves to die. MLC Sri Madhav, in his interviewed by TV5, mentioned that Gaushala, Gausamrakshana and Simhachalam Temple are intrinsically tied together. They cannot be separated. There is no Simhachalam Temple without Gaushala. Many people from Andhra and Orissa come and donate these calves. This is one of a kind Gaushala. It is unfortunate that the Skilled laborers were removed without any explanation. If anybody made a mistake, investigate, and take appropriate action instead of removing every one of them who are working for the last 7-10 years. He also mentioned that these people should be employed permanently by the Temple rather than hiring them through contractors.

In ToliTelugu TV station interview, Sri Prasad mentioned that the new Chairman, P Sanchita Gajapathi Raju of Simhachalam, is taking very arbitrary decisions without consulting any Board members. He mentioned that P. Sanchita appears to have told the EO to release all the cows of that interested people can take these cows. He also mentioned Simhachalam Temple has 100 acres of land to grow the feed for the cows, flowers for the God and also Ayurvedic plants. Now a days they are not talking interest in these activities. He was surprised to find out the removal of 31 skilled laborers. Many people came and did Dharna in protest to highlight the injustice being done to the skilled laborers and also the total neglect of talking care of cows.

He lamented that about 20-25 percent of money is taken from the Hindu Temples and give salaries to the Pastors and fund them to travel to Jerusalem. Why they are not paying to these skilled laborers who are taking care of these sacred cows?

He also responded to the question that that there is sinister plan by the government to take over the lands of Srisailam. Otherwise why should they neglect the gaushala which has historical significance with the Temple. By many of these actions, they are also hurting the sentiments of devotees and donors and their believes.YSRCP leaders are behind these activities with an eye at the property. They installed P. Sanchita as a front and running the show to take over the Temple lands.

TV5 interviewed Appala Raju who is one of the skilled laborers. He mentioned that on Monday Temple authorities came and asked them not to come to the duties from Tuesday and also asked them to vacate the living quarters given to them. He explained the routine activities all 31 people do to take care of the cows, calves, bulls and small calves. They need special attention and they spend lot of tome looking after the needs of these cows. He said they did not know why they were asked not to come to work.

He said they are paid RS. 220 per day. They work for about 12-14 hours a day. The feel attached to them knowing how sacred these cows are.

Executive Officer issues a press note detailing the death of four calves and the circumstances surrounding the matter. They said the Veterinary doctor is attending to the cows and  calves died because they were sick by the time they came and could not drink milk.  They asked people not believe the narration of others about the death of these calves. But EO Press Note did not say what action they will be taking. Hope that they will undertake appropriate actions to preserve the Gaushalas and protect the sacred cows. The government should investigate the death of these calves, the reason for removing the skilled laborers without notice, and reasons for not planning the replacement of these skilled laborers. Appropriate action should be taken against the officers responsible for their negligence in caring for the Gaushala. 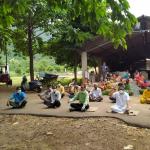 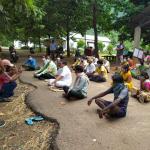 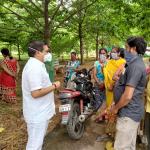 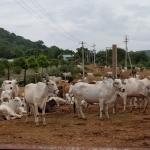 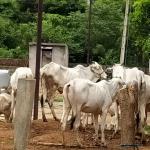 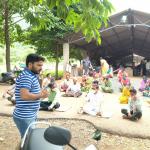 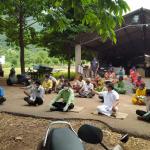 Immaculate inside, filthy outside