19 Nov 2017 Save Temples 826 Views
It is a must article to be read by every Hindu to protect and preserve Hindu culture and values. Let all Hindus heed his words and support him all the way to establish Hindu Democracy. People who used the word secularism "should apologize to the people of the country. No system can be secular.” Yogi is a man with guts, Courage, vision and clarity. His wholehearted notion should be spread across India and every Hindu should embrace his concept. He prefers Lord Krishna and Lord Rama as ideals, not Gandhi. Secularism is doomed to fail. No country can afford to have philosophy of neutrality. No system can be secular. He is advocating to scrap the secularism and put it in a dustbin. Let us support this Warrior who is fighting for peace, tolerance and respect. Please share this article to every human being who cares for the survival of humanity. 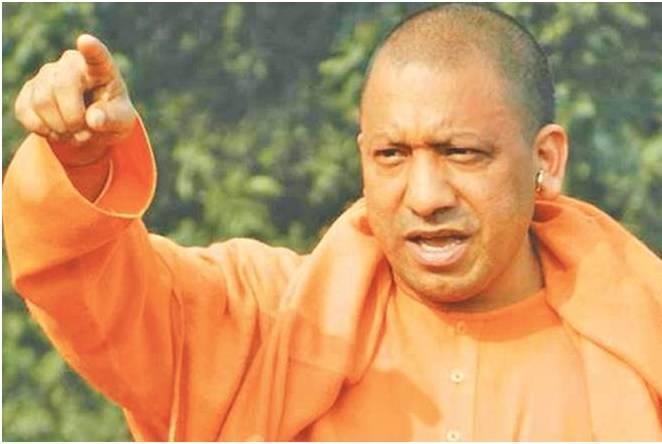 At a function in Chattisgarh’s Raipur, the Chief Minister of Uttar Pradesh, Mahant Yogi Adityanath tore into the myth of Secularism that has been preached as Gospel Truth in our country ever since independence. The Saffron clad Priest said on the subject, “I believe that the word secular is the biggest lie told since Independence. Those that have used this word should apologise to the people of the country. No system can be secular.”He elaborated his position further in a column he penned for the Dainik Jagran in Hindi. Truly, it’s been long since we had a politician with such piercing clarity about the raging debate in our nation at the moment and the courage to stick to his convictions in the face of remarkable adversity.

That Hinduism was not declared the official State Religion of India after independence remains one of the greatest injustices that has been perpetrated against the Hindu Civilization in its thousands of years of existence. The partition of the nation was the consequence of an inter-religious conflict, it was not on the basis of ‘Secular’ and Religious forms of government and while the most peaceful community in the World were granted a huge portion of the nation for themselves, Hindus were denied a country of their own.

At the same event, Yogi Adityanath said another thing which is so obvious that it shouldn’t even need saying as such but such are the circumstances that have befallen us that an obvious truth is labelled as Hate Speech and the speaker bigoted. “No system can be secular,” the Warrior Priest of Gorakhpur said, ““The political system can be sect-neutral. But if someone were to say the government has to be run by one way of prayer, it is not possible.” Secularism is a concept doomed to failure for it is impossible for the state to not favour one particular set of beliefs over the other.

Yogi Adityanath also stated that “distorting history was no less a crime than sedition.” For far too long, Hindu sentiments have been a subject of mockery for the entertainment industry and the perfumed elites. Hindu sentiments have been repeatedly and selectively violated by the entertainment industry while inventing ridiculous and twisted arguments to justify their cowering down before the nefarious ingredients of our society. All their bravado and heartfelt commitment to Freedom of Expression seems reserved for occasions when Hindu history is distorted and Hindu sentiments are violated while giving the Abrahamic religions a free pass.

Could it be that all their bravado goes for a toss on certain occasions because their life, and the lives of people they love, is perceived to be under threat when the sentiments of certain sections of the society is violated which conspicuously is not Hindu? The reason why those associated with Padmavati are receiving threats is because Hindus have realized that such behavior has been rewarded generously in the past and they have figured out that since politeness has not helped them thus far, maybe they should adopt tactics that has been successful more often than not. In his column for Dainik Jagran (in Hindi) Yogi Adityanath elucidated the eternal nature of Sanatana Dharma and that Dharma and politics are essentially inseparable. Dharma and Politics are complementary and not contradictory forces, he said. The goals of Dharma and Politics need to complement each other and when they are not complementing each other, that is when things take a problematic turn. Repeating what Dr. Ram Manohar Lohia said years ago, Yogi Adityanath wrote, “Dharma is long term politics and Politics is short term Dharma.”

The Mahant of Gorakhpur Muth said again in his column that virtues such as tolerance and compassion and respect are to be reserved for people who are worthy of it. And for those who refuse to adhere to basic norms of decency and respect the dignity of another person should be answered in the language they speak. ‘Durjana’ are obstructions in the path of social development and a threat to the unity and integrity of the nation and such people shall never be won over by peace and it is imperative that they be made to understand by whatever means necessary. Yogi Adityanath spoke of Shri Rama who went to war for Justice even though he never really wanted war, he spoke of Shri Krishna who implored Arjuna to take up arms against the Kauravas even though Shri Krishna Himself never wanted that War. Society should aim to be ‘Purushaarthi’, Yogi ji says, and not cowardly. And it is cowardly to offer your other cheek after you have been slapped.