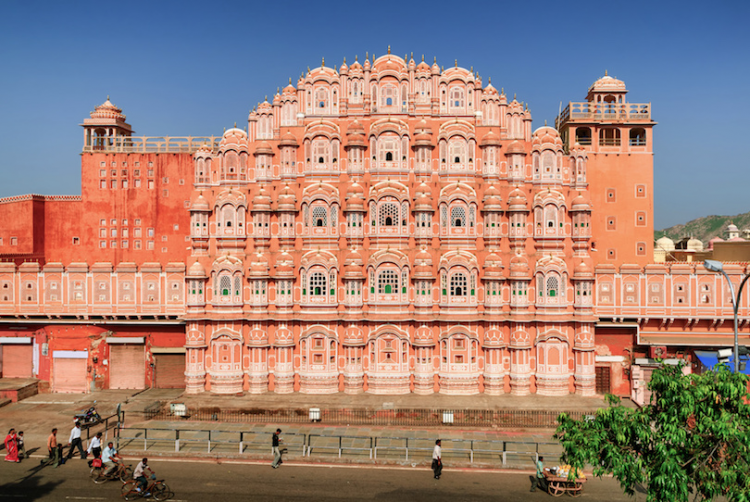 There is a story of Vivekananda where after returning from a temple in Varanasi a group of monkeys started chasing him.  Swamiji started running and the more he ran, the more aggressive the monkeys got.  A bystander who saw this drama shouted, ‘Stop running, face the brutes.'

Swamiji turned around and faced the monkeys and the monkeys got confused and ran away.   The terror stricken Swamiji in the story is the situation of BJP today when it comes to handling the discrimination of Hindus.  BJP bought into the aggressive agenda of foreign NGOs and institutions which want to divide and convert India, like a deer struck in a night headlight, they are too afraid to address some of the most difficult problems Hindus are facing in form of discrimination by the state starting from India’s independence, particularly in education, benefits and control of their religious institutions.

This is unwittingly encouraging conversions and division of India and increase the number of voters who would perhaps rarely vote for BJP.   Worse, BJP seems to be eager to show they are minority friendly while turning blind eye to those who overwhelmingly voted for them.
Take the Citizenship bill.   The brutality faced by Hindus and other non-Muslim minorities in Bangla Desh and Pakistan is mind boggling.  The objections of AGP to citizenship bill and any other groups can be addressed by negotiations (for e.g.  move from Assam and settle in other states in return for citizenship) but that requires strong will to pass it before elections.   It is being said most of the illegal Bangla Deshi Muslims (who will mostly vote for opposition) were able to get through the NRC through fake documents with active support of Islamic organizations and are now encouraging Bangla Deshi Hindus to convert so that they can also get the same kind of support.  Whether how much of this is true or not, how much difference the voters from Citizenship bill will make for BJP in 2019 in several states?

Then take Hindu Temples take over by State Governments.   Which country and which majority face this kind of discrimination where the funds contributed by the devotees are being plundered by the state while at the same time literally billions of funds are poured (in spite of action of NGOs) for converting and dividing India.   If Hindus can manage the world’s most premier institutions, manage massive religious institutions including many schools, can they not manage their temple funds for the welfare of those who contributed to it?    Why is Rama Krishna Mission or Lingayats want to be categorized as non-Hindus?   What is frightening is that even today millions of dollars being poured into India for conversions, just one West Godavari district in Andhra has 11,000 pastors and there is hardly any village, even a remotest village, in Andhra which does not have a church.  This is even if it does not have a single convert in that village because they are planning for a Christian Andhra (like Christian North East states) in just few decades!!!

Take the implementation of RTE (Right to Education) which is described by many as one of the worst things perpetrated against Hindu community.  Hundreds of thousands of schools owned by Hindus are being closed and have given way to minority owned schools.  Not even the Government schools were subject to these kinds of rules.   Most of the students educated in Hindu owned institutions are more prone to be nationalistic in outlook and future voters of BJP and they are the ones closed by unfair and discriminatory rules.

Take Article 370 and uniform civil code.  It is a shame even at this day and age we do not have guts to address polygamy and the lack of alimony support for divorced Muslim women.   Much of India is paying so much price in terms of massive benefits to Kashmir and what is India getting in return.   No matter how you slice and dice it, nowhere and no time in the history of the Islam, has any other society or any other religions group were given equal rights.    Let us face that fact.   By discriminating Hindus and unwittingly abetting conversions BJP is running risk of suicide, maybe a long-term suicide.   When Rahul Gandhi is saying he will become Prime Minister, in 2024, this is exactly he is counting on, the increase the number of Christian and Muslim converts and all they have to do is woo them aggressively through their religious institutions.   Manmohan Singh openly declared that ‘minorities have first right to resources of India’, imagine what Congress will say and do after the next few years when they have the magic 30+ percentage of captive voters.

Take the case of tourism.   Just recently an Islamic Mosque in Gujarat is declared as UNESCO Heritage site, but we are not able to work for getting Rama Sethu to be declared a UNESCO Heritage site.   All around the world, from Peru to Greece, Turkey, the tourism is geared to ancient heritage, literally providing millions of jobs, but India which the world still holds high about its heritage could not tap into it.   When I looked closely into it, I was surprised in many of these countries’ tourism is second highest revenue/job generating.    From discovery of Dwarka in the ocean, Ajanta/Ellora and the great temples of India with its yogic tradition, India has literally enormous potential to generate jobs through tourism which cannot be taken away. Country after country, are meticulously rebuilding their ancient ruins and showcasing their heritage.   While Peru proudly shows of Mayan traditions, Islamic Turkey is showing off Roman ruins and ancient Christian caves and Jordan is showing off their ‘pagan’ towns (Pedra) where Sanskrit sounding names of Gods were once worshiped.    A small country like Cambodia is generating millions of dollars of tourism from single Angkor Watt temple.  Bali in Indonesia is the most visited tourist place in the world.  When I recently traveled to Europe, I saw posters and billboards advertising Ayurveda in Sri Lanka and not a single one in India!!!   A recent news media article quoted Master Card president Ajay Banga saying that the number of tourists in whole of India per year is just about the number of tourists to New York City?  What a shame, we cannot build and showcase our heritage.  We are too timid and lack courage even if such development will generate jobs for all Indians no matter what religion they belong to.  India has lot of work to carefully develop tourism with a private-public partnership and it should not be entirely left to bureaucrats.   Modi ji is working hard to ‘Make in India’, what is best ‘Make in India’ than India’s heritage and no automation can replace it!!!

When I heard that Indian Government gave presentation to Obama how Indian Government is assisting minorities through various schemes, I wondered if Obama would have given presentation to India on how US Government helping its minorities who face so much discrimination even today after nearly 2 centuries of brutal slavery.  In spite of such persecution and discrimination, American removed much of the minority programs quoting it is causing reverse discrimination of poor whites.    Maybe what we need to bring to light is the shameful fact of how majority, particularly the poor among majority in India are badly discriminated by Indian state.

While most Hindus support Modi ji’s efforts to lift all Indians no matter who they are, the fact of the matter is overwhelming majority of their voters are Hindus and here is where Modi ji can learn a real lesson from Trump.   Support your base so that you get their enthusiastic support in return.

Christians Celebrate Christmas in India! What Christianity means to Hindus? Do they Need to Participate and Celebrate?