GHHF Protests were organized in Tirupati Regarding the burning of Antarvedi Temple Radham and submitted petition to Collector’s Office. 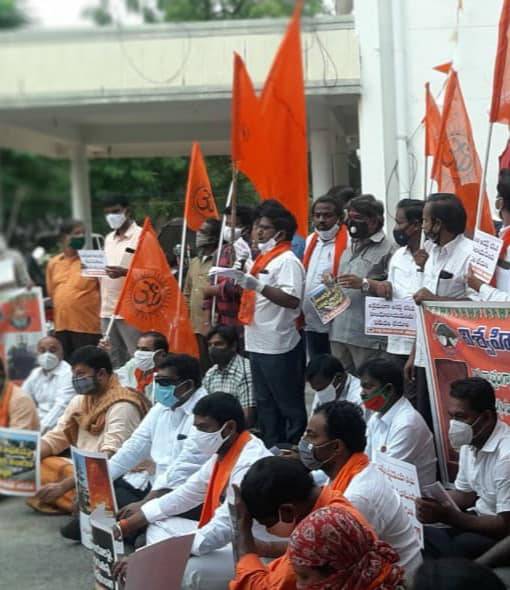 On September 9, 2020, the Global Hindu Heritage Foundation, VHP, BJP, RSS and other organizations organized protects in Tirupati expressing their outrage toward the burning of 62-year-old historical Radham belonging to Sri Lakshmi Narasimha Swamy Temple at Antarvedi in West Godavari District. They demanded that the government should take all the precautions to preserve the Hindu Temples. They expressed their displeasure in handling the hate crimes against Hindu Gods and Hindu Temples. The government is not keen on taking preventive measures to stop the attacks on Hindu Temples by other faiths. Even the investigations are not taken seriously as they have not submitted any reports on other incidents like Pittapuram.

Sri Lakshmi Narasimha Swamy's chariot burning incident in Antarvedi village has badly hurt the hearts of the Hindu people in the state. The feeling of lack of protection for the temples in the state is increasing day by day among the Hindu devotees. Destruction of idols at Pittapuram in East Godavari district in the past, burning of Radham belonging to Bitragunta Sri Venkateswara Swamy chariot in Nellore District,  the demolition of the entrance of Ammavari temple at Undrajavaram in West Godavari District reflect the senseless acts committed by people with hatred to Hinduism should be identified and punished.

The government's reckless attitude towards the protection of Hindu temples and property is undisputed. The lack of seriousness on the part of the attitude of the state government, and authorities and their anti-Hindu attitude is deplorable.

The State Government corrupt practices in the management of Hindu temples and misappropriation of assets is well documented. The Hindu community is strongly opposed to government policies. So the CBI investigation into the Antarvedi chariot burned incident and the comprehensive judiciary inquiry must be started. We demand an inquiry to prevent such incidents from happening again and again.
Also, we demand the government to take action against the police who have registered illegal cases against Hindus. By dispersing the lawful protesters and failing to provide an immediate response to the queries, they are trying to suppress the freedom of speech and freedom of assembly.

We demand the withdrawal of the cases against the Hindu devotees immediately. The culprits who responsible for the burning chariot should be identified, arrested. and severely punished. 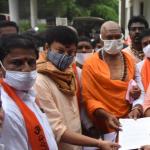 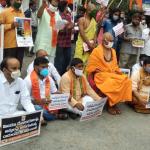 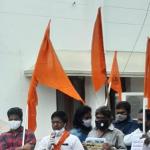 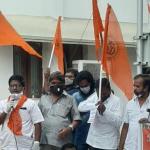 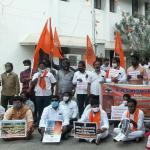 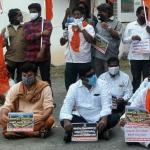 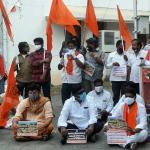 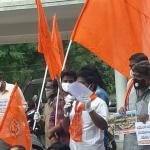 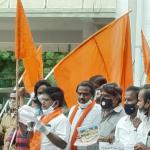 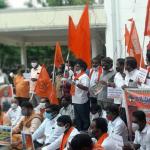 All the temples to be networked via internet

Priests get back hereditary rights