Success of Short Film Festival was beyond our expectations 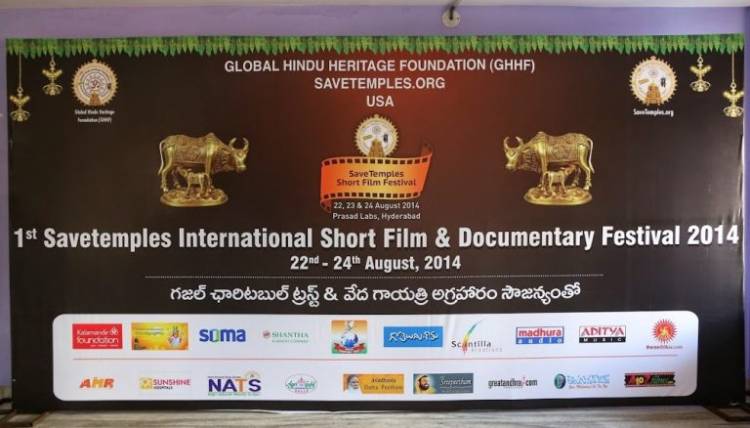 The First International Short Film Festival that was held on August 22-24 in Prasad Labs in Hyderabad was great success. The three-day program was meticulously planned and executed by Dr. Ghazal Srinivas and the staff at Savetemples Office. As many of you know that the invitation was about two months ago requesting interested people to submit short films any aspect of Hindu Temples such as the Temple architectures, dilapidation of Temples, problems facing Priest, neglect of the Temples by the government, Goumata, Hindu Community’s indifference, Political leaders apathy and so on. 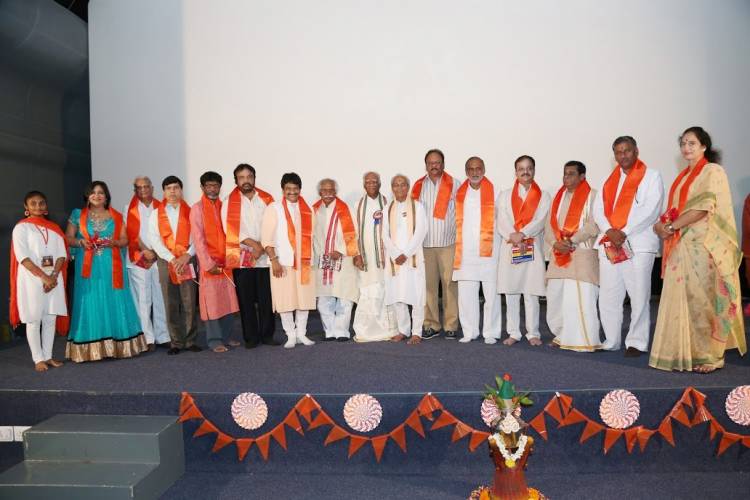 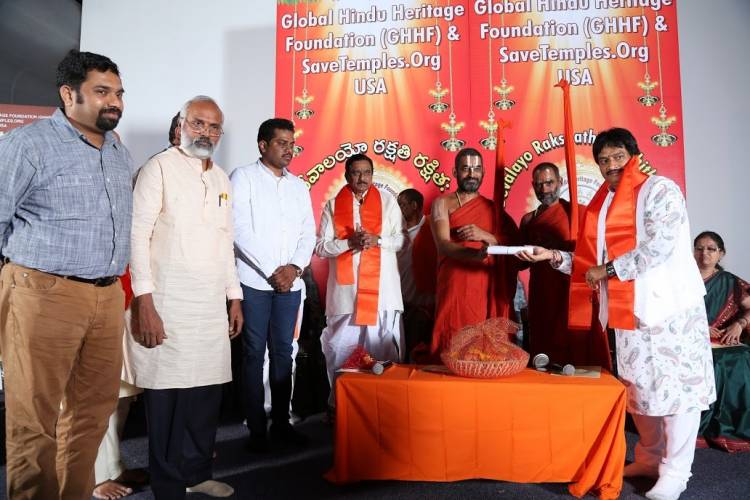 Three-days of pictures can accessed by clicking on the following links:

People who attended the three-day film festival and watched these 40 films were overwhelmingly the youth. The producers, writers, lyricists, actors, music directors, screenplay writers, It is heart warming to see the commitment, dedication and passion in producing these films. They have touched, penetrated, massaged and moved hearts, minds and souls. They have made many people giggle, laugh, stare and cry as the themes developed into a virtual reality. 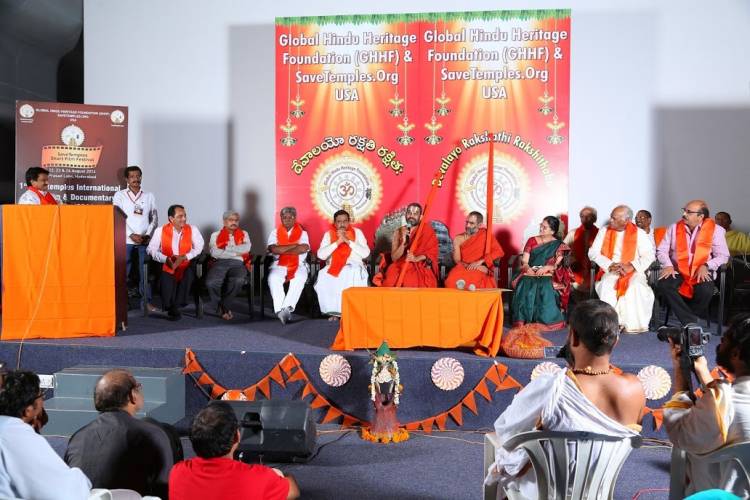 His Holiness Sri Thridandi China Jeeyar Swamy gave an enlightening, spiritual and enlightening speech. Many dignitaries have delivered powerful speeches about the significance and protection of Hindu Temples.

HH Sri Swamiji addressing the gathering briefed about the importance of temples, what  and how to protect temples and key role of temples in the society. HH enlightened the crowd that temple management is not new but has been in play since ancient times when Ikshvaku kings ruled the earth. For example, in Ramayana we can read how  Rama went to Ranganattha temple to fast and offer his prayers.

HH delivered the speech is a very hilarious manner. At the same time, HH conveyed the seriousness and sincerity one should have in protecting the temples and that it is everyone’s duty to safeguard the rich heritage which was handed over to us since generations. HH expressed his strong belief in the new government to support and bring back the lost glory of our temples.

Dignitaries who attended the event include:

GHHF is planning to have these 40 films made available to show at different location in India and abroad. More details will be forthcoming. 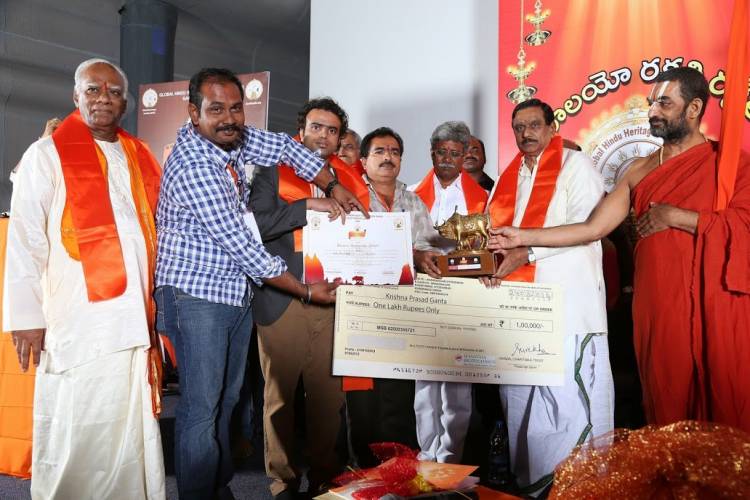 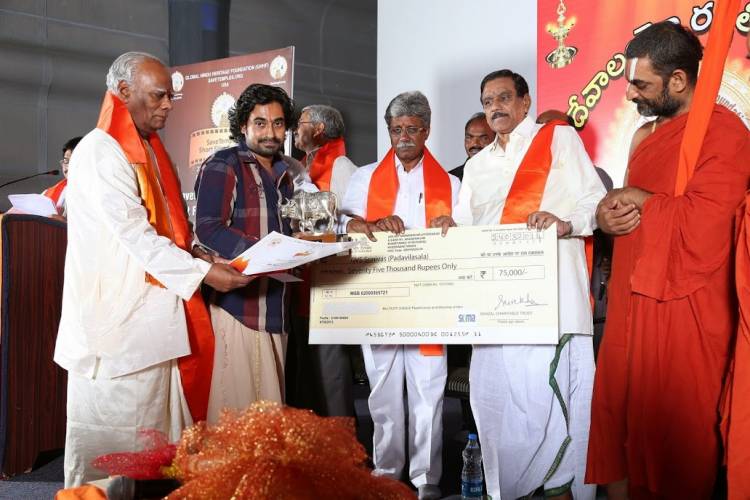 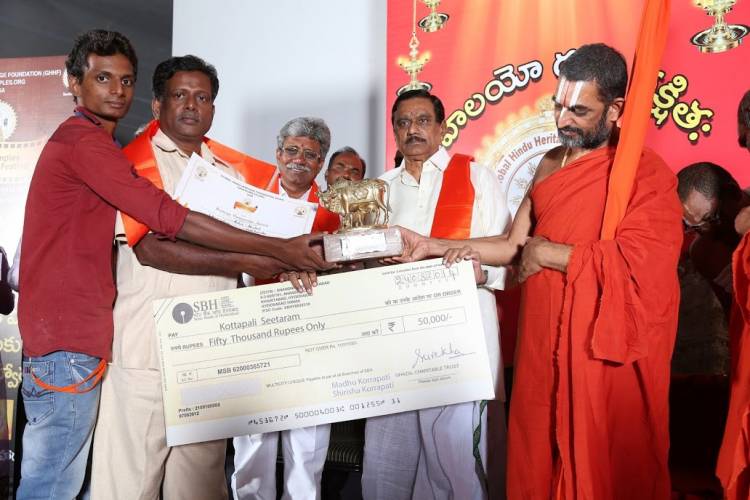 As many of you know that SaveTemple Office was opened in June 2012 in Hyderabad.  Office is located in Khairatabad. Four full time employees are working on the update of our website, Aalayavani Web Radio, Aalyavani magazine, conducting various activities to preserve and protect Hindu Temples and Culture. Our budget is approximately 2 lakh rupees per month.  We request your generous donation to conduct activities to promote unity among Hindus and restore the glory of Hinduism.

Narasapuram: Deities to be kept in temple