Global Hindu Heritage Foundation and SaveTemples movement have deliberated, reflected and pondered over the precarious condition of the many Hindu Temples and the possible solutions to awaken the Hindus from the slumber.  Problems are many so are the solutions. One such solution to awaken the Hindus to the plight of Hindu Temples and also to reestablish the grandeur of our Hindu heritage, “SaveTemplesBhakti Sangeeta Lahari Musical Band” concept was conceived byDr. Ghazal Srinivas, the Brand Ambassador of GHHF. After months of deliberations, discussions, and preparations, the Musical Band was put into action in Madanapalle and Tirupathi on 29th and30th of December, respectively.

The SaveTemples Musical Band will sing variety devotional songs culled from various scriptures as well as songs specially composed about Temples and Hindu culture, to impart the importance, significance and symbolism of our Hindu Temples. They are the foundation of our worship, they are scientifically constructed, they are promoters of unity and harmony, and they establish the connection between the souls and Divine. These songs will explain the meaning of each and every aspect of Hindu Temples – Rajagopuram, dwajasthambam, pradakshana, Arthi, Abhishekam, shatagopuram, Teerdham, prostration, various Murthies, abharanas, and others. 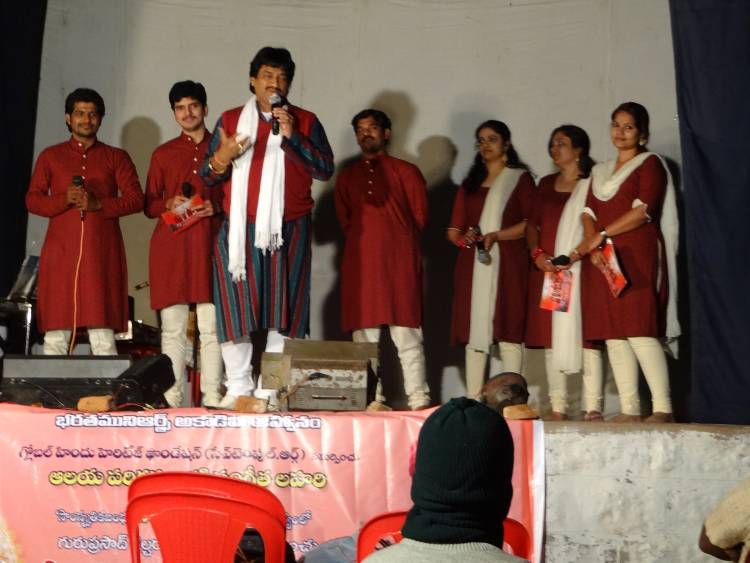 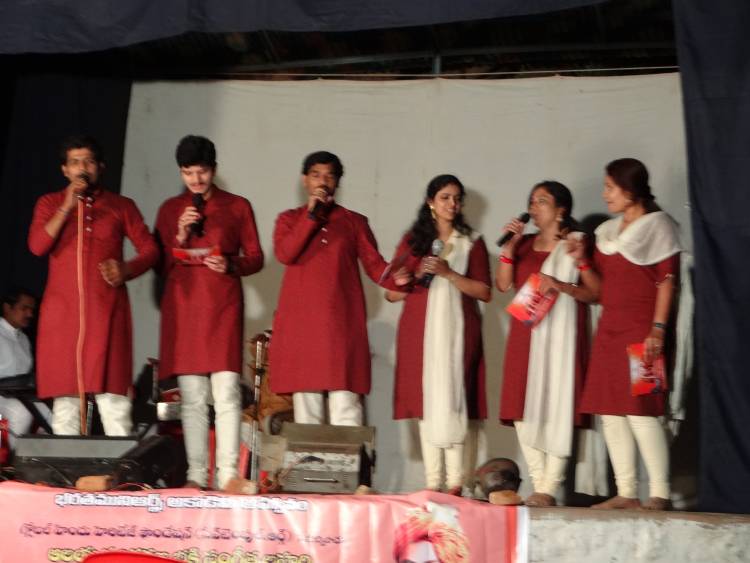 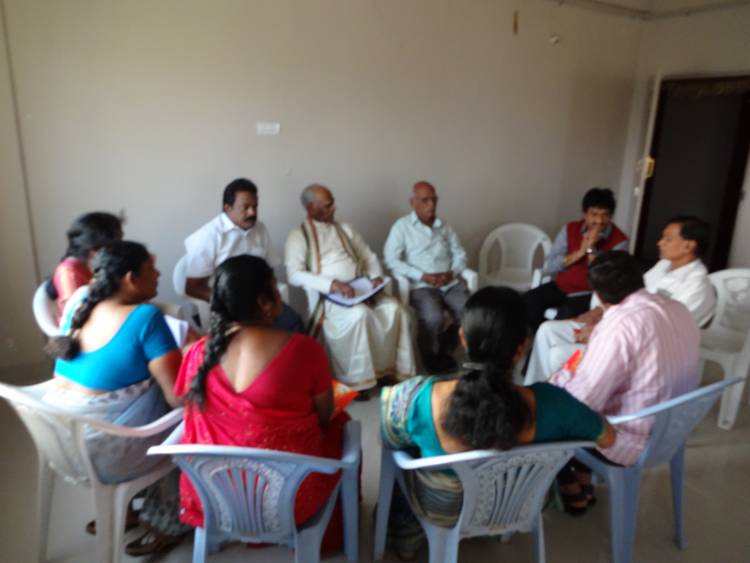 By listening to these bhakti songs, we believe that Hindus will renew their thinking, refurbish their thought process, revamp their materialistic outlook, renovate their Temples, revere their Gods and Goddesses, reabsorb the essence of their scriptures, and reestablish their dharma.They will help them to reexamine their casual, negligent, careless attitude toward their Temples and their religion. They will have the opportunity to re-tool their mindset and start looking at the plight of their Hindu Temples that have provided peace, tranquility, serenity, prosperity and welfare not only for our forefathers and the rest of the humanity.  Do we know who is grabbing the Hindu lands, encroaching the Temple lands, digging the Temple sites to get rich quick, meddling with the Temple accounts, blackmailing the Hindu Temple management, abusing the ticket sales in the Temples, selling the temple tickets at the black market and tampering with temple jewelry? It is Hindus, Hindus and Hindus. The Hindus who listen to these songs will be awakened to work for the protection of our Temples and also preserve our Hindu faith before it is too late.

At present there is no one else to blame for the take over of Hindu Temples by the government. An overwhelming majority of Hindus who are occupying the political power are responsible for the total neglect of thousands of Temples, their dilapidation, their collapse, and their poor maintenance. Why do they do it? For their selfish interest to make money at the expense of Gods and Goddesses, they would like to keep the Temples in the government control. It is ironical that the same people go and visit the Temple and pray for their selfish interest rather than to serve the religion they are born and raised.

Many Hindu do not realize the significance, importance and essence of the Hindu Temples and the power, energy and vibrations that transmit to the people who visit the Temples and also the entire human race. It is Hindus, who are failing their scriptures, faltering their religion, neglecting their Temples, shredding their bhakti and failing their children by not imparting the richness of their Temples. It is time to take action and become a partner to protect yourself, your family, your community, our nation, the vishwam (whole universe) and our religion. Hindus have a special responsibility to herald peace and harmony to the rest of the world. Arnold Toynbee said: “it is already becoming clear that the chapter which had a western beginning, will have an Indian ending, if it is not to end in self destruction of the human race. At this supremely dangerous moment in human history, the only way of salvation for mankind is the Indian way - Emperor Asoka’s and Mahatma Gandhi’s principal of non-violence and Sri Ramakrishna’s testimony of religions.” 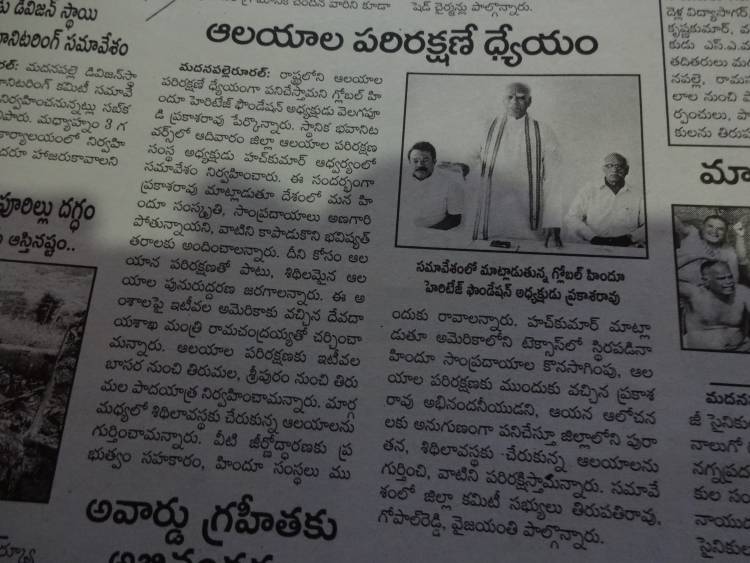 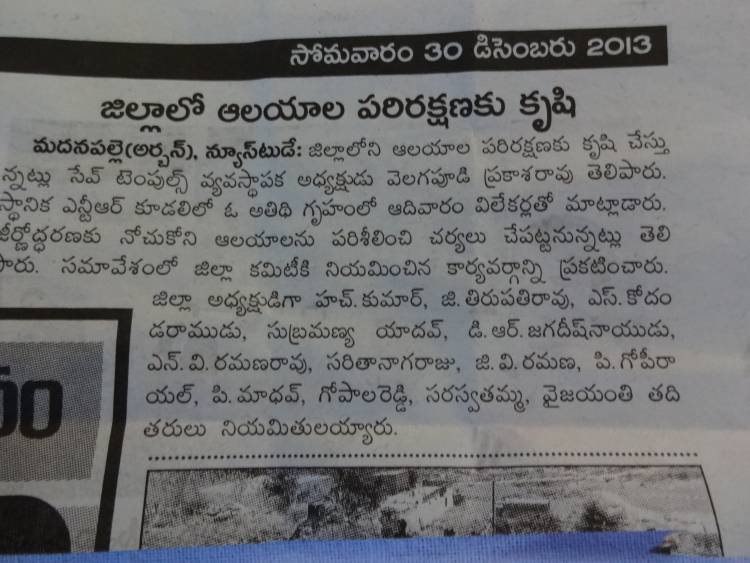 They are built based on Agama Shastras and Shilpa Shastras, and the presiding deities are installed, and life is infused in them. They are living Gods and Goddesses. It is we who have built them for our spiritual growth, universal harmony, still the mind, soak in vibrations and receiving blessings.  They are often the meeting place for all the needs of the people, the forum for religious discourses, facility tosingBhajans and kirtans (devotional songs and chants), the center for arts and dances, abode for performing various pujas and homas, shelter for cows, house forAnnadana and like an asylum for spiritual growth. By entering the Temple, one’s put mind is put to rest, thinking process changes, thoughts are amended and silence is experienced.

According to Anthony Batchelor  “The temple is the focus for all aspects of everyday life in the Hindu community - religious, cultural, educational and social. The temple is also the place where one can transcend the world of man … All aspects of the Hindu temple focus on the goal of enlightenment and liberation - the principles of design and construction, the forms of its architecture and decoration, and the rituals performed.”

According to some scriptures, when a devotee enters the temple, which is built based on Vastu Sastra; he is virtually entering into different mandalas and therefore experiencing the power-field. He passes through the entrance to reach the sanctum where the energy is stored. It is a transition from the world of samsara to the world of God. As he passes through different mandalas from entrance to the Sanctum Sanctorum, experience of receiving the vibrations and energy gradually increases. Closer he is to the main Deity, more energy he feels and experiences.

Fritjof Capra, who visited India and saw many Temples, admired at the stunning beauty, balance and proportion that emanated so much energy and power. He say, “One of my first excursions in Bombay was to the famous Elephanta (Gharapuri) caves, a magnificent ancient temple dedicated to Shiva with huge stone sculptures representing the god in his many manifestations. I stood in awe in front of those powerful sculptures whose reproductions I had known and loved for many years: the triple image of Shiva Mahesvara, the Great Lord, radiating serene tranquility and peace; Shiva Ardhanari, the stunning unification of male and female forms in the rhythmic, swaying movement of the deity’s androgynous body and in the serene detachment of his/her face; and Shiva Nataraja the celebrated four-armed Cosmic Dancer whose superbly balanced gestures express the dynamic unity of all life.” “I had a more powerful experience of Shiva sculpture in the Ellora caves. The beauty and power of these sacred caves are beyond words. “ 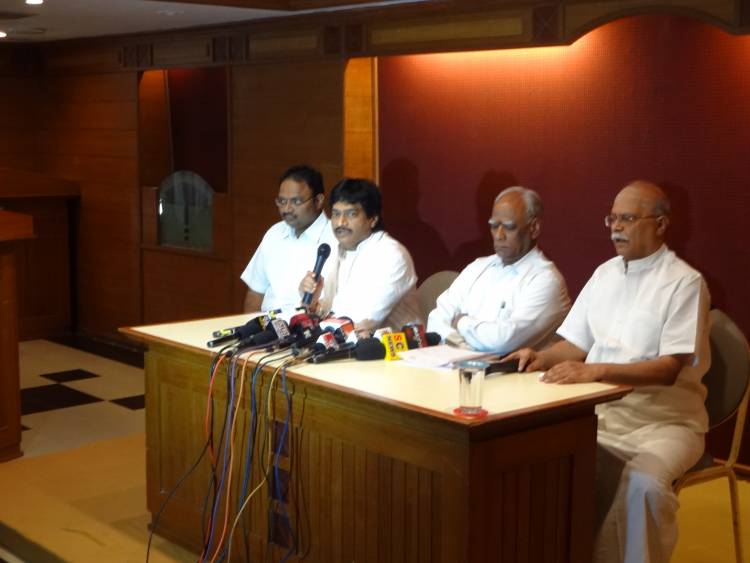 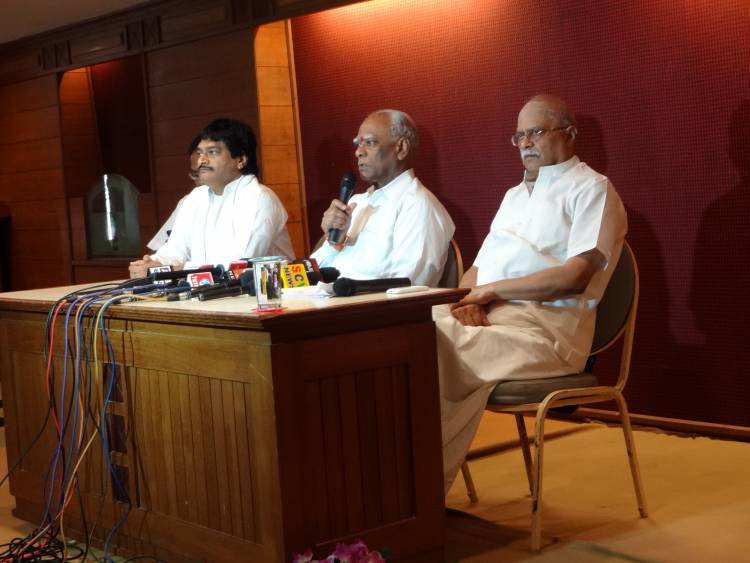 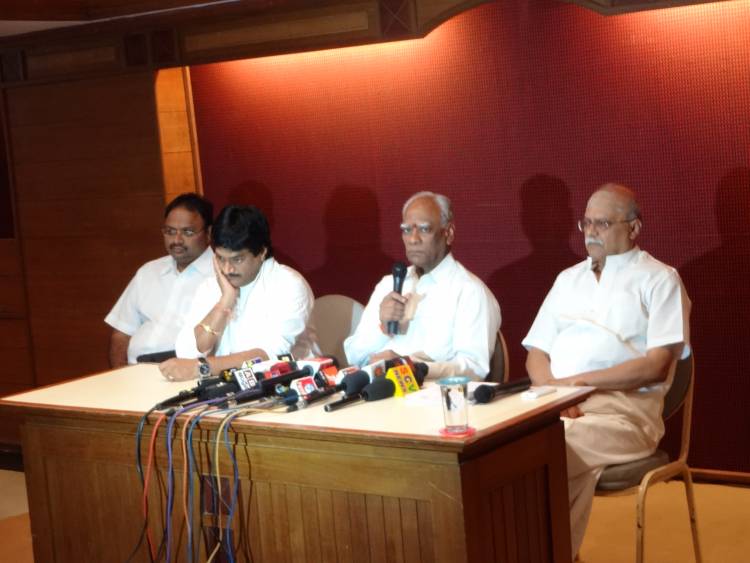 Why so much Disdain?

India is endowed with unlimited and infinite source of spiritual energy. We cannot confine it just a Temples and India. For the sake of humanity, let us experience and pass on this spirituality to bring peace on earth to all the nations. It is spreading to America, Europe, Russia, South America and other countries day by day in ever increasing proportions.Claude Arpi, a French Tibetologist, was furious about Hindu neglect. “What is sad and shocking is that these historians, like many intellectuals in India, are not at all concerned by what has always made India great, they prefer to denigrate India.” He further stated, “I still believe in ‘India of the ages’, but I cannot grasp why Indians themselves still refuse to acknowledge the greatness of their culture.”

It is our dharma to preserve and protect our rich Hindu heritage and magnificent Temples. It is the mission of GHHF and SaveTemples to awaken our Hindus to practice and protect them. Through “SaveTemples Bhakti Sangeeta Lahari Musical Band” we will visit as many places as possible with a message to uplift the spirits of all Hindus, kindle their bhakti, rekindle their interest in preserving their heritage that was passed on by our rishis, and stimulate their burning desire to safeguard their Temples and their Temples.

GHHF is grateful to all the committee members to accept and shoulder the responsibility of preserving and protecting Hindu Temples and Hinduism. Few pictures and news reports are included. Very soon, full coverage of all the newspapers will be sent very soon.  Let us remember the words of Swami Vivekananda as we forward: “ The whole world requires Light. It is expectant! India alone has that Light … in the teaching of the glories of the spirit of real religion — of the highest spiritual truth. That is why the Lord has preserved the race through all its vicissitudes unto the present day. Now the time has come. Have faith that you are all, my brave lads, born to do great things! Let not the barks of puppies frighten you — no, not even the thunderbolts of heaven — but stand up and work!”

NOTE: GHHF is exempt from federal income tax under section 501 (c) 3 of the Internal Revenue code.    Our tax ID # 41-2258630
Please send your tax-deductible donations to:
Global Hindu Heritage Foundation,
14726 Harmony Lane, Frisco, Texas 75035
You can go to https://www.savetemples.org and pay by PAYPAL.

26 Veda Pathasalas to be set up in State