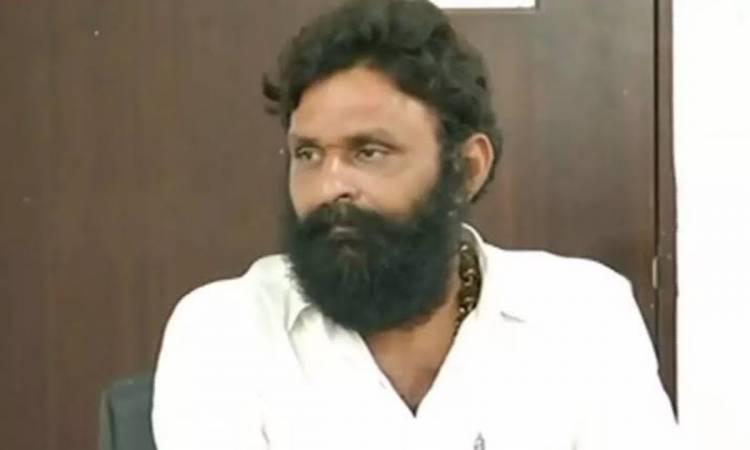 Kodali Nani’s statements on the hand breaking of Sri Hanumanji, missing silver lions from Kanaka Durga Temple and burning of Radham in Antarvedi created an uproar among Hindus and all over the State. His statements are amount to a mad dog barking at his boss who feed him. Let us see what he said that made Hindus so upset and feel hurtful.

“If the arm is broken to Anjaneya Swamy, nothing is going to happen him. If the Temple loses the silver murthies,  with that money no buildings or palaces can be built.

To listen to video rebuke please click on link:

If  one crore worth of  Radham is burned in Antarvedi, the government can get it built, Temple would not lose anything.”  He is indirectly suggesting that people can go and destroy the Temples, break the Murthies, burn the Radhams because Government will build them. This is mentally deranged and damaged person’s talk, not a person of reasonable thinking, civility, and congeniality .

As Raghurama Krishna Raju said that, “It is not the chariot that was burnt in Antarvedi, the sentiments of Hindus have been burnt to cinders. It is not the idols of Hindu deities that were broken, it is in fact the emotional feelings of Hindus that were shattered to pieces,” Similarly many political parties have also condemned his statements.

All this discussion started with the declaration by TTD Chairman Sri Subba Reddy that Non-Hindus do not have to declare their faith and do not have to say that they respect the presiding deity in the Temple. This is traditionof declaration is going on for decades and it must be respected.  Sri Subba Reddy, an uncle of Christian Chief Minister, decided to cancel the declaration indicating that a non-Hindu does not have to declare his religion and basically saying that they do not have to have faith in Lord Venkateswara. He abandoned the tradition just like that to make room for his nephew. Even though he declared and  defended himself as a Hindu when he was appointed,  we all know that he cannot enforce any of the Hindu customs without Chief Ministers permission. He is here to tamper with the sanctity of TTD. Sri Jagan Mohan Reddy put him as a smokescreen for his faith to rub it on TTD. Sri Subba Reddy’s announcement thata non-Hindu do not have to declare his faith is aimed at insulting the sentiments of Hindus, hurting the feelings, defile the sanctity of the Temples and offending the presiding deity – Sri Venkateswara – who is a living entity. For Christians, and for Jagan Mohan Reddy, Lord Venkateswara is stone. Subba Reddy agreed with him and lifted the Declaration. His only interest in visiting the Temples is to show his fellow Christians that not only that  he is capable of insulting the Hindu faith and has power to cancel the Declaration before he went to TTD on September 23. 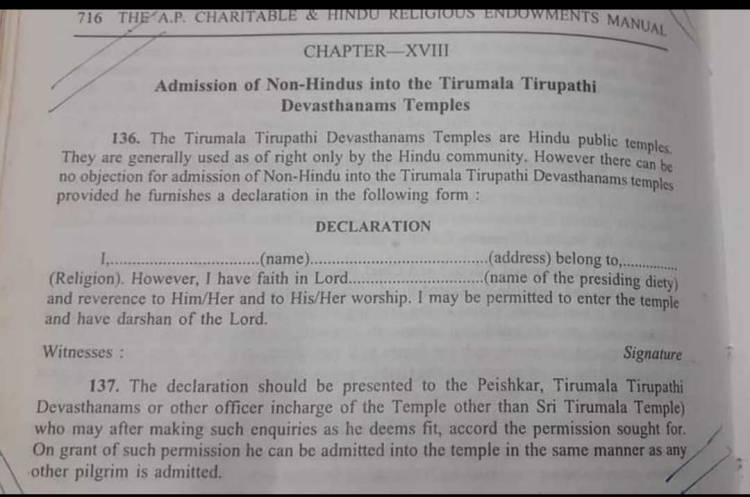 There is no other reason for him not to sign except to insult the Hindu customs, hurt the Hindu sentiments, defile the sacredness of the Temples and tamper with the age old traditions.

When Late Former President of India, Abdul Kalam visited TTD , he requested the book and signed it before he entered the Temple. That shows his greatness, humility, respect for tradition,  and the tallest stature in the country. 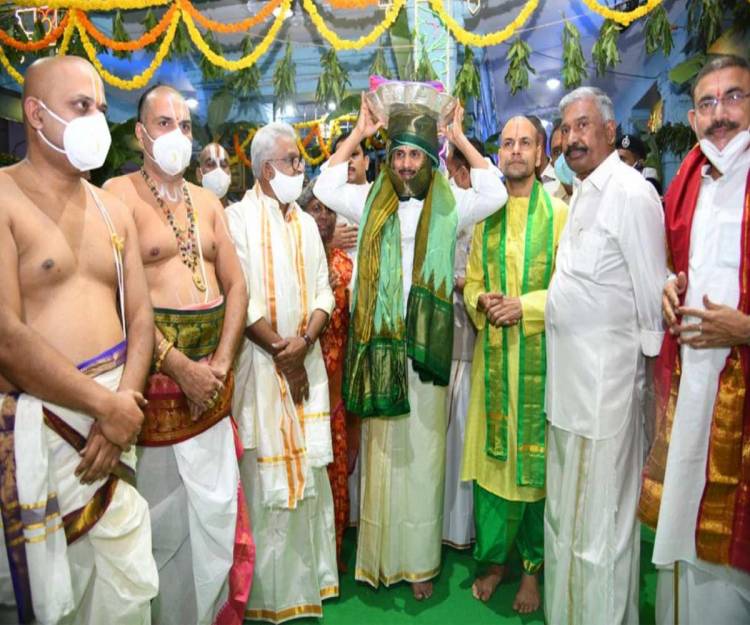 On the part of Sri Jagan Mohan Reddy, it is absurd, ridiculous to change the traditions for personal aggrandizement, personal ego, and selfish motive. Willfully, intentionally, and deliberately  rebuked the Hindus, insulted the tradition, and became a role model for all his fellow Christians who despise Hindus. It shows that he has no faith in Lord Venkateswara. He has no respect in Hindu worship. Then why did he go to TTD.? This is a golden opportunity for him to show his support to the rantings of his Minister Kodali Nani and also to show how to insult the Hindus and how to break the rules.

When Kodali Nani says that why should you declare your faith to enter TTD when you do not do it when you go to church and mosque. It may be big shock for  him to know that Hindus cannot go to Mecca even if one wants to visit and see. His statement is a testimony for his meanness, ignorance, mental capacity to understand the richness of Hinduism. He seems to have blind faith in his Chief Minister, not his own religion.

Now the question is Can a Hindu do the hajj?

No. Even the Christians who believe in God of Abraham are not allowed to perform the hajj. Indeed, the government of Saudi Arabia forbids all non-Muslims from entering the holy city of Mecca at all.

The Saudi government takes this very seriously, so the odds that a non-Muslim would be able to enter Mecca are extremely small.

Would Kodali Nani challenge the Muslims and ask them why other religious people cannot enter even Mecca City itself?  Does he have the courage? He will not. Because he knows the heads will roll over.

Or has he become a mouthpiece for Christians and Muslims and following their command in support of breaking Hindu Murthies.

Deuteronomy 12:3 Break down their altars, smash their sacred stones and burn their Asherah poles in the fire; cut down the idols of their gods and wipe out their names from those places.

Exodus 23:24 Do not bow down before their gods or worship them or follow their practices. You must demolish them and break their sacred stones to pieces

Now we can see why Kodali Nani is fuming like a mad man. He is steeped into this ideology of terror and horror, breaking of Idols.Calling Hindu Gods as mere stones that can be replaced is unpardonable sin. It is only to please his Christian Chief Minister; he is getting drenched into this anti-Hindu Statements. 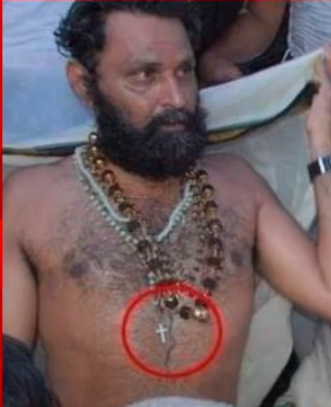 It is also possible that he has become a Christian and to please them and to prove his Christian credentials, he is making those abusive statements. In fact,  he wears neckless with cross around his neck. Wearing Rudraksha mala and applying Tilak on his forehead is only to conceal his true belief in Christianity.

Declaration is required because our Gods  are living Gods – they are infused with life. That is the reason our Temples are open every day and offered specially cooked food as Prasadam.

Anybody who attacks the Temples and break the Deities and advocates and condones this kind of activities is considered as a CRIMINAL.

Kodali Nani should be arrested and put him in Jail for condoning the breaking of the arms and heads of Hindu Gods.

Our Temples are sacred places, but the Churches and mosques are not sacred places of worship. They are only congregation places. There is no living god for worship in these mosques and Churches.

If Kodali Nani does not know the difference between Hinduism and other religions, he shut up and close his mouth. He should tie his tongue. He should not project himself as a stupid and a fool.

As per the Supreme Court, the Deity in Hindu Temple is a legal entity, hence he has legal rights. These rights are expressed by the Priests, hereditary heirs, and the management. Just like the institutions interests are represented by the management, Hindu Temples interests are represented by the managements. That the temple deity, Lord Venkateswara or any Hindu Deity in the Temple is a legal person and as such is entitled to the same fundamental rights of the Constitution as any other Indian person. The politicians have no right to change the rules to their whims and fancies to please the other religions.

Since Kodali Nani has insulted the living Hindu Gods , he should be arrested forth and charge him for making insulting Hindu Gods and hurting the sentiments.

TTD should pass a law prohibiting non-Hindu Chief Ministers to participate in any Hindu Temple festivals. In fact, there is no law requiring the Chief Minister to offer Silk Saree to Lord Venkateswara

Secularism is chipping away the very Existence of Hindus; Prime Minister bent on ruining the richest civilization

[GHHF] 9000 Tribals were provided Annadanam in Visakhapatnam Area since Lockdown – Target to Feed 16,000 by May 3rd.

Bravo to Bhagwat; Time to Expose the Deceptive Christian Missionaries across India

THREAT TO SANTATHANA DHARMA AND STRATEGIES TO TURN IT BACK

[GHHF] We are all Hindus in USA - by Newsweek

Spirituality is the only key for Human Survival - Part I