We see two aspects in any religion. The first is the usefulness of religion in bringing about social harmony and compliance to a moral code. The very word religion is from a Latin root ‘ligare’, to bind. It binds people to certain common norms. This is what is called the utilitarian view.

The second is about the content of teaching. We have to see as to what is the degree of truth or probability in various things told by religion, and how far is it compatible with the rational thinking and the scientific world view. If what religion tells is like a school boy’s tale, the school boys of today are unwilling to suspend their reason.

Some refute the utilitarian view and argue that religion is also the cause for great massacres and genocides on earth. Glaring examples can be seen if we look into the history of genocide. There are also claims of superiority of one religion over the other. These claims can never be settled. They were only settled by wars, conquests and conversions. This book does not discuss these.

3.2. Religion: A Set of Beliefs or Postulations

I hope you will not dispute that no one has seen either heaven or hell and come back to us to tell what it is. We have to admit that any religion, as we see now, is structured round a set of beliefs – beliefs regarding creation of the universe by God,

about heaven which is the God’s abode and where good people go after death, about hell where the bad folks go and suffer for their bad deeds. Such beliefs existed all over the world and different religions visualized their own God forms, their own versions of heaven and hell, and their own norms about good or bad in society.

A majority of people take the belief system as the absolute truth and even now they do. This gives a lot of importance to the religious structure and the people in charge of that structure. Votaries of religion have always held that religion instills good values, social discipline and order. Religion served the purpose of binding the society as a culturally homogenous unit.

Throughout history, there have been a lot many people who questioned such belief system. No one has seen God or heaven or hell but the books so solidly talk about these things. Hence, the non-believers or atheists had their own postulations about creation and about the human being’s role in the universe.

We assume that scientific spirit is a product of modern times. It is not so. Logical thinking is as old as human mind. The ancient Indians (Hindus, Buddhists, Jains and others) had developed elaborate systems of logic. So did the Greeks, Romans and others. These thinkers were called philosophers, the lovers of truth. But quite often, the philosophical thought had nothing to do with religious structure. People of religion talked of a personal god in all grandeur while the philosophers tried to reason out and postulate. We can notice this among the western philosophers who, sometimes, talk almost on the same lines as the Upanishads but they were like rebels, and some were excommunicated by the clergy. Religion and philosophy were on a course of clash.

The Vedas talked of two levels of truth, one called parā, the supreme level and the other was called aparā, the lower level. The higher level corresponds to philosophy and the lower level to religion.

Indian sages examined the human mind and senses, the way they cognize the universe, the limitations of such cognitions and the nature of Supreme Reality. We find that the sages (we call them ṛṣi-s in Sanskrit) who gave Upanishads used elaborate reasoning in trying to know what is the ultimate reality, or God, as we call. They also realized that religion is a social need and that only a tiny minority indulges in philosophical quest. Hence the sages endorsed religion at the level of the common man in the early portions of Vedas and discussed philosophical issues toward the end of the Vedas. The belief system relating to rituals was accepted as a lower level of truth while the philosophical inquiry was regarded as the absolute level of truth. Hence we find stories of gods, demons and rituals at one level, and about human mind and its intricacies at another.

A distinct feature of these stories is that they are symbolic or allegorical tales, conveying the Vedic teaching to the common man. We shall see this in good detail in the forthcoming chapters.

Chapter - 4 : Hinduism – Evolved from a Philosophical Base

What distinguishes the Vedanta philosophy from all other philosophies is that it is at the same time a religion and a philosophy. -Max Muller

4.1. Our Interface with Religion

When we go to a temple we have the priest chanting some prayers, breaking a coconut which we offer and giving us some delicious snack which was earlier offered to the god. The priest chants prayers which are composed in Sanskrit which most of us do not know. (Sanskrit was once known to everyone in society and hence the prayers were in Sanskrit). We go to different temples and see priests chanting different prayers. We do not know what the prayers mean but we have a good feeling of listening to some awe-inspiring sounds and an impressive ritual. We hardly realize that the prayers contain deep philosophical ideas.

Religion can be presented in two ways.

If we look at the world religions, a majority of them fall under the first category. Religions have a sacred book which is said to contain the word of god. All people have to obey unquestioningly. There can be description of heaven with gold pavements, fabulous mansions and heavenly damsels. In contrast, there is a dark dungeon with hellish fires to punish the non-believers.

Hinduism approaches this subject at two levels, as I said above.

4.2. No Single Prophet in Hinduism

Hinduism was not propounded by a single prophet. It did not originate in troubled times. There was no political power en-forcing it and suppressing dissent. The basic texts like the Vedas evolved over a period of a few centuries. Sages who renounced the world and speculated over the mysteries of the universe have given to us certain observations or ‘revelations’ in the form of Vedas. These books talk about both religion and philosophy.

The Vedas thus talk at two levels, as we learnt. From the point of an ordinary man, they tell about various rituals and the fruit of such rituals. The common man is happy with them. At some point of time people start wondering about the nature of god. Vedas talk about the second level too. The end portions of the Vedas are totally devoted to this. The uniqueness of Vedas is that both philosophy and religion are described in the same texts by the same sages. They took a comprehensive view of society and addressed persons of different maturity levels.

Religion and belief system are accepted as a lower level of truth or empirical reality (vyāvahārika satyam) for the purpose of social guidance and harmony. Logical contemplation on the nature of reality is accepted as the absolute level of truth (pāramārthika satyam). The latter was told to persons trained in rigorous self-discipline, while the former was for everyone. Most people are usually happy with the lower level, conducting rituals, seeking boons from different gods and seeking forgiveness. Very few are normally seen to be bothered about the higher level of truth.

This book, of course, tries to give a simple account of this philosophical stuff, as that is the only way we can answer the questions of skeptics. Questions about religion will be discussed in greater detail.

* Dr. K. Aravinda Rao, IPS, the author of the book “How to Tell Hinduism to your Child?” holds PhD in Sanskrit. He had a distinguished career in Andhra Pradesh holding a number of positions in the safety and security departments. He was appointed as Director General of State Police in 2010 and retired in 2012.  He also worked as the Additional Director General of State Intelligence Department the Additional Commissioner of Police, Hyderabad, Inspector General of Police (Greyhounds) and IGP (Crime Investigation Department).

Global Hindu Heritage Foundation was very happy to receive his permission to share the book to our readers. We will be send two chapters at a time so that it would allow the readers and the students to digest the material before they receive the next set of chapters. “The present book is to give the modern students and parents an appreciation of the statute philosophical inquiry, universal values, and pluralism of Hinduism and enable them to look at their own religion with esteem in the present competitive environment.” Please enjoy reading the book. 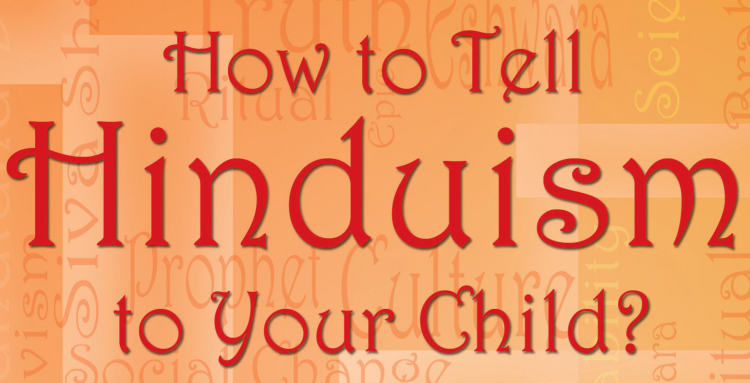 Hinduism K Aravinda Rao How to tell Hinduism to Your Child

Priests get back hereditary rights