Dr. Ghazal Srini"Voice" for Save Temples 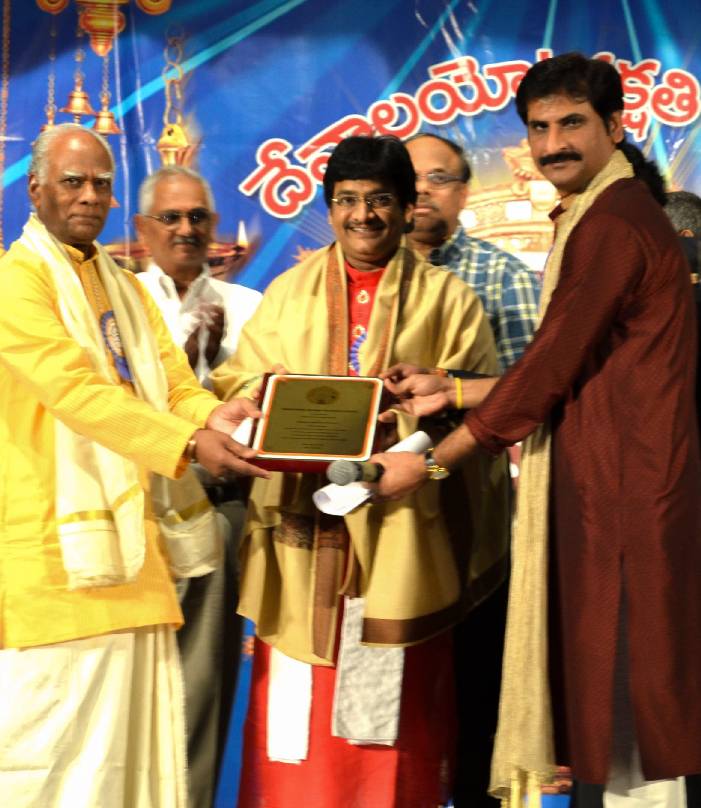 Dr. Ghazal Srinivas was appointed as Honorary Ambassador and voice for Save Temples by Global Hindu Heritage Foundation (GHHF) during an "Evening with Ghazal Srinivas" concert organized by the Dallas Executive Committee on May 19, 2012 at Coppell Middle School, Coppell, Texas, USA.

Dr. Srinivas is given a major responsibility related to the preservation and protection of Hindu Temples, especially in Andhra Pradesh, India.

Rajesh Veerapaneni, President and Gopal Ponangi, Secretary of the Dallas EC cordially invited the audience and coordinated the event. 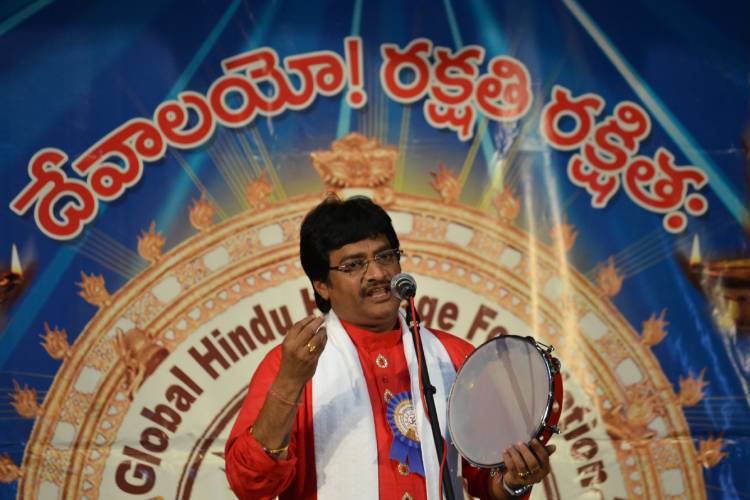 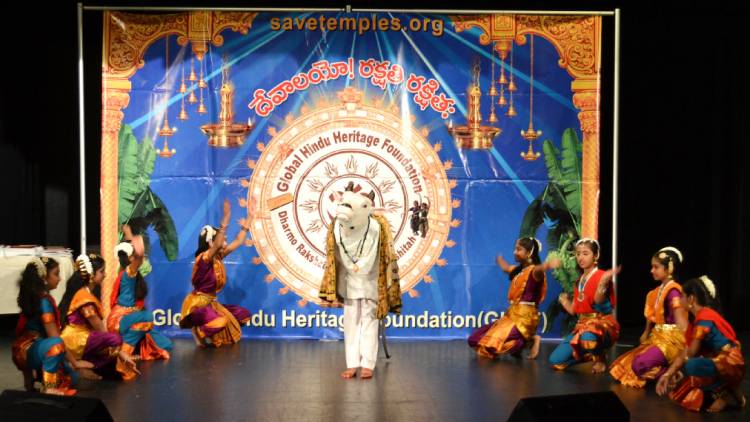 Kuchipudi dance performance was given by the kids on importance of the Sacred cow and Inviting People to Save Temples. The Kuchipudi dance numbers were composed by Mrs. Padma Sonti and Mrs. Lata Suri respectively.

Dr. Prakasa Rao Velagapudi, President of GHHF has given a heart throbbing presentation on the significance of repealing the "Endowments Act" in India and mentioned the achievements of the organization during the past six years. Dr. Rao expressed his disappointment on Hindu Organizations, Cultural Organizations, India Associations and regional organizations who are neglecting their responsibility in protecting the Hindu Temples and Hinduism by calling themselves either as being "Secular" or "Cultural". For a detailed report of the speech and the presentation please visit SaveTemples.org.

Devaalayam audio CD, on the mission of saving temples, was officially launched in the United States by Dr. Ghazal Srinivas.

Dr. Ghazal Srinivas has mentioned that this is only a beginning and he would take this movement to the next level by appointing district heads for Save Temples and encouraged all the parents to take their kids to temples every weekend, Friday through Sunday and requested all the children to come onto the stage and be the champions to protect Temples and preserve Hinduism. He appealed to the temples under Endowments department to conduct activities for the children in temple premises to inculcate the values for preserving Hindu Dharma.

GHHF Dallas Executive committee thanked all the Gold and Silver sponsors, supporters and participants for making the event a grand success.

[GHHF] In Tirupati, Annadanam is being done for folks on the streets and in the poorest neighborhoods

Secularism is chipping away the very Existence of Hindus; Prime Minister bent on ruining the richest civilization – Part 2