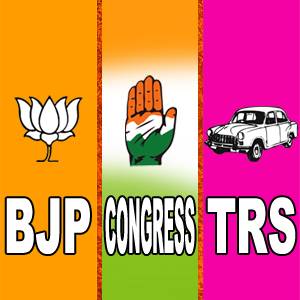 Each party has prepared and released the manifesto to announce the positions they have taken to inform the public with the hope that the people will take interest in reading the manifestos and digesting them before they exercise their precious vote to the candidates. BJP stands for the welfare of all the people irrespective of religion or caste. It does not believe in denying the opportunities to Hindus or anybody else at the expense of the so-called minorities.

Why should able bodies Christian or Muslim should be given special privileges encouraging dependency, laziness, and lethargy while denying the hard work, intelligence, ambition and drive to succeed.  BJP is more interested in preserving, protecting and promoting the samskruti of the country. Every country is known for its cultural, literary, artistic, social and educational heritage. It is the duty of every citizen of the country to take pride in the heritage and see that it is transmitted to all segments of the society.

BJP is interested in giving equal opportunity to everyone irrespective of their religion. It does not want to destroy the rich culture that it has inherited for the benefit of few people. Look at the manifestos of each party and decide which one is for the welfare of the public.

Congress Party is known for appeasing Muslims and Christians since Independence continue to fashion the Manifesto in a similar manner is no surprise. Despite their loosing last elections because of undue privileges accorded to the minorities, they have not learned the lesson.

Their vote bank politics catalyzed their vision for India stabbing the wishes of most Hindus. In December 2006, the then Prime Minister Mr. Manmohan Singh announced at a meeting of the National Development Council in New Delhi, he sought to redefine secularism and announced that high priority will be given to minorities at the expense of Hindus.  Welfare of one community took urgency over everyone else in the country. He even announced, "Muslims must have first claim over resources".

Following are the high lights of Congress Party Manifesto:

TRS Manifesto is equally favoring the Muslims and its passion to provide incentives is unabated. Since TRS is aligned with MIMS, it is going all out to please the Muslims and stab Hindus who have provided the major support for TRS party.  Many social welfare programs appear to be acceptable, Minority Appeasement was criticized by many people.

We encourage people to go to the websites of these parties to look at their Manifestos to get acquainted with their position on various issues.

THREAT TO SANTATHANA DHARMA AND STRATEGIES TO TURN IT BACK