Serious Concerns expressed to Biden-Harris Camp by a Select Group of Dallas Hindus.

Serious Concerns expressed to Biden-Harris Camp by a Select Group of Dallas Hindus.*

At the outset we want to congratulate VP Joseph Biden and Senator Kamala Harris for securing the Democratic nominations as its party candidates. Many Hindu Americans like the platform of the party and are willing to support democrats in the upcoming election. This interest and support among the Hindu American community is strong.  However, there are two MAJOR issues of concern: Kashmir and CAA (Citizenship Amendment Act) – holding their support.

India is the largest democracy on the planet earth. We have been advocates of democracy and follow the Indian constitution. 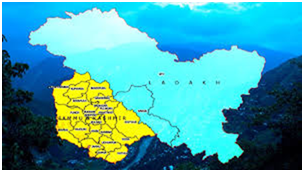 VP Biden's comment in his Agenda for Muslim American Communities paper says: "In Kashmir, the Indian government should take all necessary steps to restore rights for all the people of Kashmir. Restrictions on dissent, such as preventing peaceful protests or shutting or slowing down the Internet, weaken democracy."  "These measures are inconsistent with the country's long tradition of secularism and with sustaining a multi-ethnic and multi-religious democracy."

Kashmir is an integral part and parcel of India since August 2019. All three branches of India have followed the rule of law, acted as  per the Constitution. India is the largest democracy, not a dictatorship. No action is taken without following the rule of law. The resolution to end the special status of Kashmir was passed in the parliament, signed by the President, and reviewed by the Supreme Court.   That decision should be respected as the decision of a sovereign democracy.

Any statement questioning the Kashmir issue is considered as an Anti-India sentiment. It may even be considered an interference in the sovereign Republic of India. When all the three branches of government have agreed, any other country questioning the Kashmir issue could be to pander a particular religion and create strife to destabilize. We request VP Biden and Senator Harris to refrain from making any such statements that will erode the support from Hindu population in USA who are very likely to support the Democratic agenda, except for such comments.

Why was a curfew imposed?Prior to revoking Jammu and Kashmir’s special status, India deployed tens of thousands of troops across the Kashmir Valley. Authorities banned public movements, shut down schools and colleges, suspended phone and internet services and detained hundreds of local politicians.    This was done ONLY to save lives and avoid tortures, kidnapping, rape, looting and burning.  Due to Past experiences in the region the Indian government was extremely cautious in their approach for the SOLE purpose of protecting human life.  As the saying goes, if we did not learn from the past, we are condemned to repeat the same mistakes.

Mr. Jaishankar, India’s foreign minister, said regarding the steps taken in anticipation of the backlash - “If you’re in charge of the security and lives of people, I think it looks prudent.”   He added that, “I would rather have internet restrictions on a temporary basis than loss of life on a permanent basis.”

Little acquaintance with history and the current happenings will give us a glimpse of why they imposed curfew:

It is with this background, in order to protect the innocent lives, India imposed curfew.

When India is doing everything in its power to protect human life, we feel VP Biden’s comments were unwarranted.  Any ally of India should, if commenting at all, offer support and stand by India and its democratic values.

Senator Harris also chose to comment on Kashmir issue stating that “We’ve to remind the Kashmiris that they are not alone in the world. We are keeping a track on the situation. There is a need to intervene if the situation demands.” August 14, 2020.

On what grounds , these comments made.  Many Hindus are concerned about the “intervene.”What does it mean? Again, India is a sovereign government and has already clarified the reasons for its curfew.  AGAIN, India is doing everything in its power to protect human life.  India has already voted on the status of Kashmir. India’s foreign minister had also clarified the position. There was no need for this comment.

India is  the only true democracy in the south Asian region and has maintained its democratic integrity for 73 years.  We all should protect democracy, not anarchy and stand by or offer assistance as the India manages a difficult transition.  India with largest democracy deserves the support of the seconds largest democracy, the United States of America.

Muslims VS Hindus in India, Pakistan, and Bangladesh

For many Hindus in America and in India as well, it seems that over the years, the Democratic Party as well as the western media have portrayed India as being anti-Muslim and oppressive of Muslims.  I’d like to present some facts and request the Democratic party to change its stance on this issue.

Please note that Hindu population has declined in India since Independence while the Muslim population increased.

Why not Democratic Party look at the holocaust of Hindus in Pakistan and Bangladesh if it intends to be fair with Hindus as much as they are with Muslims.

The Muslim population has grown in India, just as it has in the United States.

Muslim, Christians, and all other religions are allowed to practice their religion freely in India, just as they are in the United States.

Special privileges are given to Muslims in India which include - allowance to travel to Mecca, free education in Islamic faith paid for by government, special terminals for Muslims to go to Hajj, a separate law for Muslims and many more. Does USA give these kinds of privileges to any religion?   Please note that such allowances are not even given to Muslims even in Muslim countries and are not given to Hindus in India, which is a Hindu country.   These are not signs of oppression.

India has a long history of religious tolerance.  Just to give one more example, people of Jewish faith lived freely, being allowed to practice their religion in India  for 2000 years.  Upon the creation of Israel as the Jewish country, the parliament of Israel acknowledged that out of 149 countries which Jewish people lived, India is the only country which has not discriminated against the Jewish people.  Muslims are testing the patience and tolerance of Hindus.

So, my question for the VP Biden, Senator Harris, and the campaign is - When are these facts going to be seriously considered so that the Democratic Party can start looking at Hindus and India  for what we really are:   - a religion and country which has a history of accepting other religions; which does not believe in conversion and let people practice their own beliefs;  which makes immigrants feel welcome on her land.  Facts, figures, and true historical evidence should dictate political policy, not political pandering, or media bias. 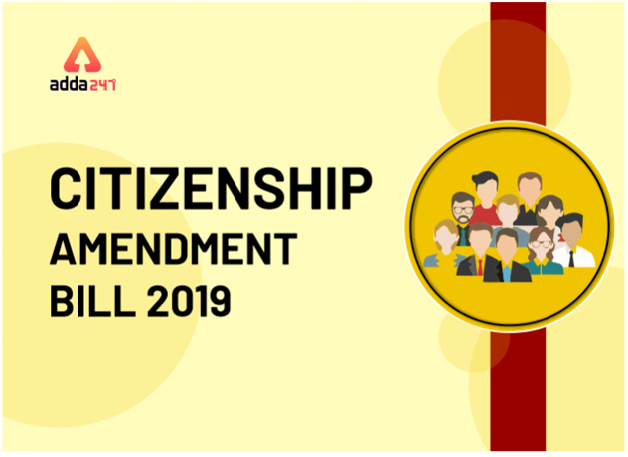 Why we Support CAA? Every country has its own immigration policy. Why not India?

CAA was passed into law by an overwhelming majority of the parliament of India in 2019.  CAA is an immigration policy of India which allowed non-Muslim illegal immigrants from majority Muslim countries (Pakistan, Bangladesh, and Afghanistan) - a path to citizenship.

A brief history – when India was divided into 2 countries, Pakistan was supposed to be a Muslim country and India a Hindu country.  Pakistan declared itself as a Muslim country, while India declared itself as a secular country, not a Hindu country to accommodate other religions. The basis for division was religion.  CAA allowed for religious minorities (non-Muslims) who fled majority Muslim countries to have a legal path to citizenship even though they entered illegally.

Every country uses selective method to control the inflow of people from other countries. This is nothing new.

USA adopted Lautenberg Amendment in 1990 enabling the resettlement of only Jews from the former Soviet Union. Later it amended allowing persecuted religious minorities such as Jews, Christians, and Bahais from Iran. Later it was amended to say non-Muslim minorities from Islamic Countries.

Now USA is building a WALL to prevent illegal immigration from Latin countries.

In January2020UK like Australia developed a policy which allows only individuals with skills and those who will not burden the welfare system to enter the country. In fact, they should also be familiar with English.

Israel facilitated the entry of Ethiopian Jews into Israel., not other religions.

Hungary had consistently refused refugees from Iran, Syria, and North Africa on the ground that such people would not fit in.

US, Canada, and Europe allowed persecuted Christians to enter their countries from Pakistan, Hindus are not included.

These are just examples of different countries’ immigration policies. And please note that the above examples DO include religion as a criteria.   Again, CAA is an immigration policy of India which allowed non-Muslim illegal immigrants from majority Muslim countries (Pakistan, Bangladesh, and Afghanistan) a path to citizenship. It was passed by the government of India, and there was no need for VP Biden to comment on this in his policy paper.

In VP Joe Biden’s agenda for Muslim American community, VP Biden stated,  “These measures are inconsistent with the country’s long tradition of secularism and with sustaining a multi-ethnic and multi-religious democracy.” 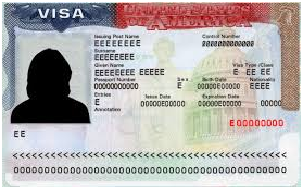 We appreciate VP Biden’s commitment to reforming the immigration system.  We request VP Biden camp to seriously consider lifting the immigration quotas by countries and adopt immigration based on skills, talents, expertise, and education to make America more productive and innovative.

Also requesting Biden-Harris Campaign to speed up the process of acquiring Greed Card  and citizenship for people who have applied and qualify. The current waiting times have grown tremendously and are currently at an unacceptable level.

Religious Visas for Hindu Temple priests as well as Guru/Spiritual leaders who visit for the purpose of spiritual programs meant to foster peace and unity and upliftment should be given utmost consideration. Not for forced conversion, only for upliftment of human dignity.

[GHHF] Ghazals with Dr. Ghazal Srinivas on “Mana Gudi Pilustondi” and other songs