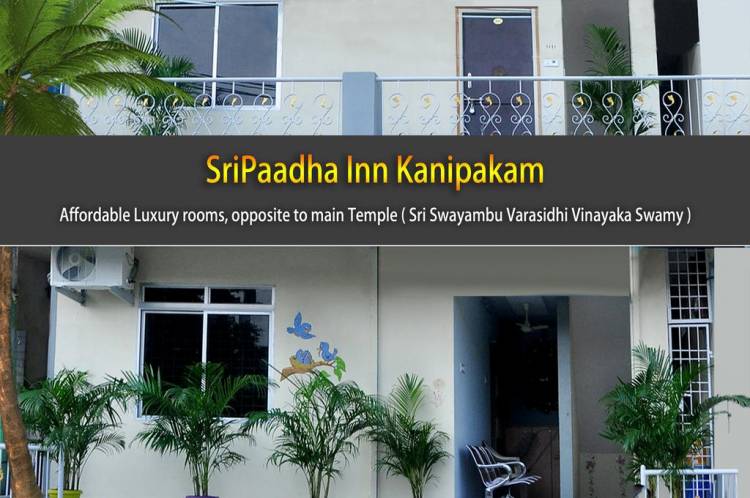 On behalf of all the members of Global Hindu Heritage Foundation all over the world, I write this letter about the way your office has handled the Foreign Muslims to accommodate on the premise of Sri Varasiddhi Vinayaka Temple in Kanipakam, Chittoor District, AP.

We are aware that the A P Government requested you to identify one quarantine in each Assembly Constituency for individuals who returned from Foreign countries recently. As per the directive you requested the Executive Officer of Sri Varasiddhi Vinayaka Swamy Vari Temple in Kanipakam to handover Vinayaka Sadan and Ganesh Sadan. You know very well like people all over India and abroad, that these foreigners are Muslims who attended Tablighi Jamaat in Delhi and were asked to different states to engage in missionary activities. These are the suspected source of Coronavirus spread across India.

More than 8 centuries of Islamic rule in India drenched the lives of millions of Hindus in blood, destroyed the Hindu Temples, desecrated Hindu Gods, raped Hindu women, confiscated the Hindu lands and forced Hindus to pay Jizya taxes. History cannot be ignored. It should serve as guide. It helps to know the history to make right decisions and how to handle the situations.

Knowing their background, we are all surprised to find out that you have accommodated the Foreign Muslims in a Hindu Temple complex. They are all Muslims. They came to India to convert Hindus. They have no respect for you or any Hindus. With that knowledge you could have accommodated them either in numerous Mosques you have in the Assembly Constituency or in an Islamic University.

Why We are opposed to Quarantine Muslims in Hindu Temple Complex

Their daily prayers obviously praise their God as supreme and none is equal to Allah. The presence of these Muslims and praising of their God, Allah, in the Temple complex would have create negative vibrations, would have produced impurities, would have spoiled the sanctity and would have undermined the sacredness of Hindu Temples.

[4:48] GOD does not forgive idolatry, but He forgives lesser offenses for whomever He wills. Anyone who sets up idols beside GOD, has forged a horrendous offense.

[4:116] GOD does not forgive idol worship (if maintained until death),and He forgives lesser offenses for whomever He wills. Anyone who idolizes any idol beside GOD has strayed far astray.

9.28: O you who believe! The idolaters are nothing but unclean, so they shall not approach the Sacred Mosque after this year; and if you fear poverty then Allah will enrich you out of His grace if He pleases; surely Allah is Knowing Wise.

8.12: When your Lord revealed to the angels: I am with you, therefore make firm those who believe. I will cast terror into the hearts of those who disbelieve. Therefore, strike off their heads and strike off every fingertip of them.

47.4: So when you meet in battle those who disbelieve, then smite the necks until when you have overcome them, then make (them) prisoners, and afterwards either set them free as a favor or let them ransom (themselves) until the war terminates. That (shall be so); and if Allah had pleased He would certainly have exacted what is due from them, but that He may try some of you by means of others; and (as for) those who are slain in the way of Allah, He will by no means allow their deeds to perish.

22.19: These are two adversaries who dispute about their Lord; then (as to) those who disbelieve, for them are cut out garments of fire, boiling water shall be poured over their heads.

22.20: With it shall be melted what is in their bellies and (their) skins as well.

22.22: Whenever they will desire to go forth from it, from grief, they shall be turned back into it, and taste the chastisement of burning.

In these four days of their stay, they have left these guest houses with so many negative vibrations by chanting their Quran and may have even prayed for making India an Islamic Country.

Every word has power and energy. When Hindus chant OM, it is filled with so much energy that can help purify the environment and create positive vibrations. In the same way any negative words like killing, burning, strike of heads, etc., you find in Quran may have created many negative vibrations in one of the most sacred place for Hindus.

By selecting only Hindu Temple Guest houses for Muslim who believe in annihilation of non-believers, you may be accepting, either knowingly or unknowingly, their method of treating Hindus as Kafirs to be sacrificed.

Global Hindu Heritage Foundation will appreciate your response and request you to look at these recommendations and adopt them as you move forward with quarantining the Foreign Muslims. We wish you to be successful in finding alternative guest houses for Non-Hindus.

Govt trying to convert temples into museum of atheists: NSS

[GHHF] Second request to the President and FAS of Harvard to meet with Dr. Subramanian Swamy

Murder attempt on a protestor